City manager Guardiola was asked for his thoughts after his side's 3-0 League Cup third-round win at Preston. 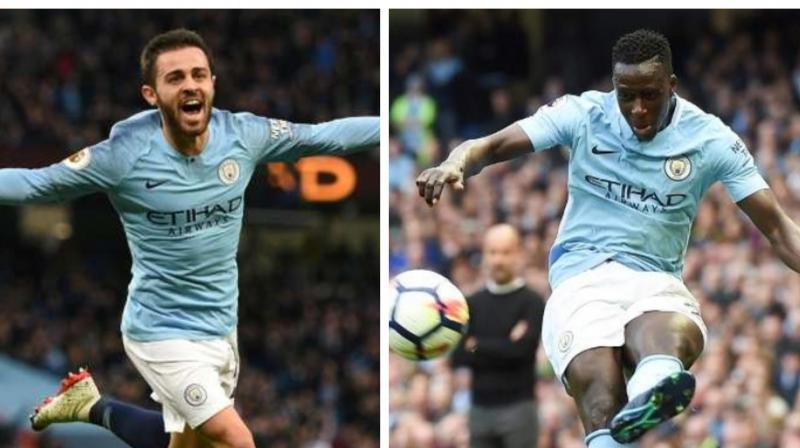 Pep Guardiola insisted that Bernardo Silva is not guilty of racism over a tweet the Manchester City star sent to his team-mate Benjamin Mendy. (Photo:AFP)

Preston: Pep Guardiola insisted that Bernardo Silva is not guilty of racism over a tweet the Manchester City star sent to his team-mate Benjamin Mendy.

The English Football Association has written to the Premier League champions requesting their observations after Silva posted pictures on social media on Sunday comparing Mendy to the character on a packet of Conguitos chocolates.

Anti-racism organisation Kick It Out has called on English football's governing body to take action.

City manager Guardiola was asked for his thoughts after his side's 3-0 League Cup third-round win at Preston.

He was quick to defend Portugal star Silva from the accusations and said the pair are good friends.

"Honestly, I don't know what is going to happen but they should put the focus on other issues," Guardiola told reporters.

"They don't know which guy you are talking about. Bernardo is one of the most lovely people I have ever met in my life.

"He speaks four or five languages -- that is the best way to understand how open-minded he is -- and one of his best friends is Mendy.

"He is like a brother for him. The image for the two is not about the colour of the skin.

"He took a picture of Benjamin when he was young and he related it (to) this cartoon -- quite similar, for the image.

"If they want to do that, to ask Bernardo, we'd be open to talk, but first to do that you want to know exactly which person are you talking about.

"There are many situations when white people, the colour, and you look at cartoons and it is quite similar as your face and you put it in there. It is not about that.

"I think the response from Mendy was clear after that. It was a joke all the time. Maybe, what I've said many times, my advice is do not use too much social media. That is what happens.

"If something happens it would be a mistake because Bernardo is an exceptional person."

With Silva starting and Mendy appearing as a second-half substitute, holders City eased to victory at Deepdale.

All their goals came in the first half with Raheem Sterling, Gabriel Jesus and a Ryan Ledson own goal sealing the win.