The midfielder enjoyed one of his greatest seasons last year, now eyes a similar feat. 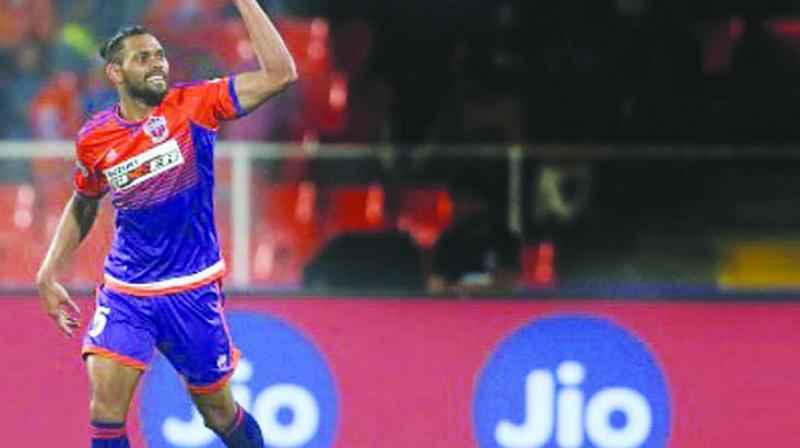 A career that could have been marred by injuries, was resurrected perfectly last season in the Indian Super League. FC Pune City enjoyed their best run in all editions of the league so far, in last year, and Adil Khan deserves a great amount of credit for that.

The recognition he earns is not for the fact that the 30-year old was performing brilliantly, but also he dwelled himself into a nightmarish midfielder for the opposition. When the season started last year, Ranko Popovic, who was the coach then, decided to play Adil as a defensive midfielder from a central defender.

From what it looked like, it was a match made in heaven. Eighteen matches, 1,532 minutes, 903 touches and 671 passes-looks more than decent. The deeper role in the midfield made him less susceptible to injuries, allowing him an average of about 85 minutes per game.

It was not the first position switch in his career though. Adil started as a striker at SESA Academy and then his position was usually rotated. Even this season, under a new coach, Miguel Angel Portugal, his position might change. He seems confident. “I always played different positions in the academy. It was not so difficult for me to adjust in different positions. I played as right back or stopper in the academy. It helped me become a versatile player,” he said at the ISL media day.

Portugal prefers possession style of play instead of direct football, insists Adil. “Last year, we had to play direct football. We had to just win the ball and give the ball to Marcelinho or Alfaro and our job was done,” he stated.

He does applaud Popovic for getting the best out of him. And why will he not do that? If Adil has to be praised for his feat, Popovic must be credited for trusting him. “I would love to play with Ranko again, if given an opportunity. He understood me and I understood his philosophy really well. He was aggressive and I like to play aggressive football. As per the coach’s demand, we have to change ourselves. We are professionals,” he said.

But FC Pune City has not always been this dominating force like last season. The Stallions had never seen the top four stop until the 2017/18 season. Team CEO Gaurav Modwel has earlier stressed on having a philosophy that must be followed by all managers and if it turns out rightly, Pune fans don’t have to worry too much.

Even Adil feels so, but it will not be so easy. “(The coach’s new policy) will not affect in the first match, but when you start your new season, it is difficult to adjust in the coach’s new system,” he said.

FC Pune City will travel to the capital to play Delhi Dynamos on October 3. It will be a return for Adil to his former club and similarly for Portugal who managed the team last season.