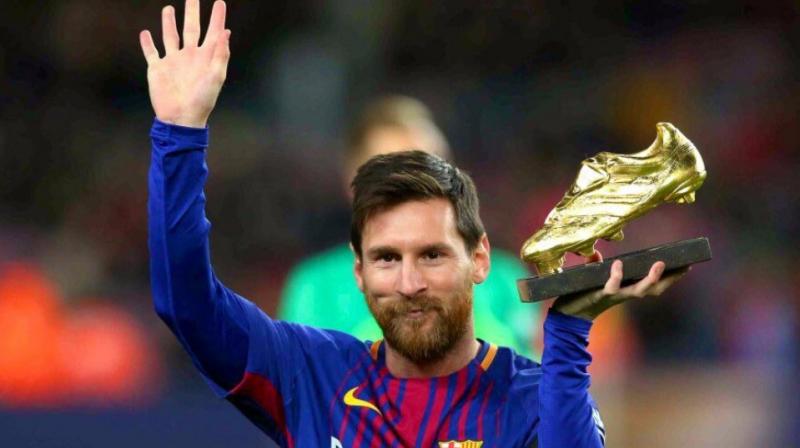 Mbappe, who is second in this list, ended the campaign on 33 goals after scoring PSG’s only goal in a 3-1 loss at Stade de Reims. (Photo: Blaugrana Boys/Twitter)

Messi earned the honour, which goes to the leading scorer in league matches in Europe’s top divisions, for a record-extending sixth time after finding the net 36 times for Barcelona, while Mbappe ended the campaign on 33 goals after scoring PSG’s only goal in a 3-1 loss at Stade de Reims.

While Messi’s goal haul helped his side clinch the La Liga title last month the 31-year-old Argentine said earlier on Friday that he was not giving the Golden Shoe race much thought with the side still coming to terms with their Champions League semi-final elimination to Liverpool.

“I haven’t been thinking about that prize at all, we are still coping with what happened against Liverpool and I’m not thinking about personal awards,” Messi told a news conference ahead of Saturday’s Copa del Rey final against Valencia.