United have now lost seven of their past nine games in all competitions, leaving them three points behind fourth-placed Chelsea. 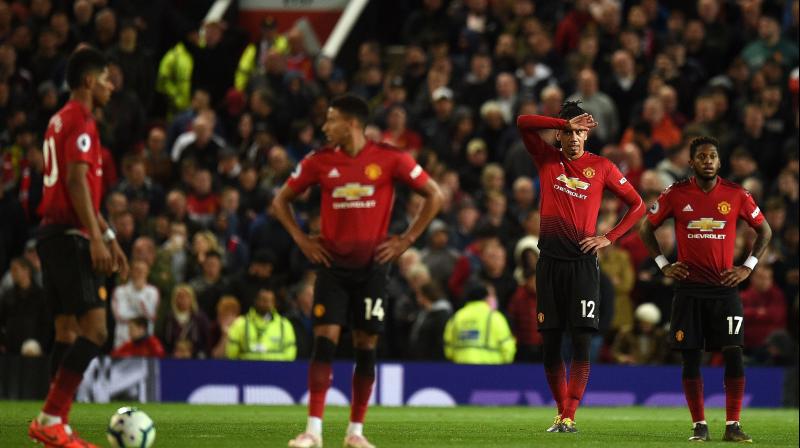 Solskjaer has urged his side to keep fighting for Champions League football despite the chastening 2-0 defeat at the hands of City on Wednesday. (Photo: AFP)

Manchester: Ole Gunnar Solskjaer says Manchester United can still qualify for the Champions League despite a collapse in form extended by their derby defeat against Manchester City.

United have now lost seven of their past nine games in all competitions, leaving them three points behind fourth-placed Chelsea in the Premier League with three matches to go.

But they have been helped by the stumbles of others, with Arsenal's 3-1 defeat to Wolves on Wednesday keeping the door open.

Chelsea visit Old Trafford on Sunday and Solskjaer has urged his side to keep fighting for Champions League football despite the chastening 2-0 defeat at the hands of City on Wednesday.

"We need more quality on Sunday and if we win that game, we have two games to go," Solskjaer told manutd.com.

"Of course we want to get into the top four. I haven't been planning on playing on Thursday nights (in the Europa League) yet. We just have to make sure we give ourselves a chance on Sunday.

"We're three games away from the end of the season, we're three points behind the top four and no one would have given us a chance a few months ago.

"It's maybe taken its toll on the players. It's my job now to see who wants to sacrifice enough to be here."

Like Arsenal and United, Chelsea have also endured some disappointing recent results, missing their own chance to pull clear when they drew at home with Burnley on Monday.

United's poor recent form has been a particular disappointment given the impressive sequence of results when Solskjaer first arrived as caretaker boss following Jose Mourinho's exit in December.

They began brightly against City at Old Trafford but could not maintain the intensity required, though they avoided a repeat of the insipid display duing the weekend's 4-0 loss at Everton.

"Tough period for us at the moment and as a United fan myself I understand how you're feeling," he wrote on Twitter.

"We've shown how we can play, we need to get back to doing what we know we can do!"