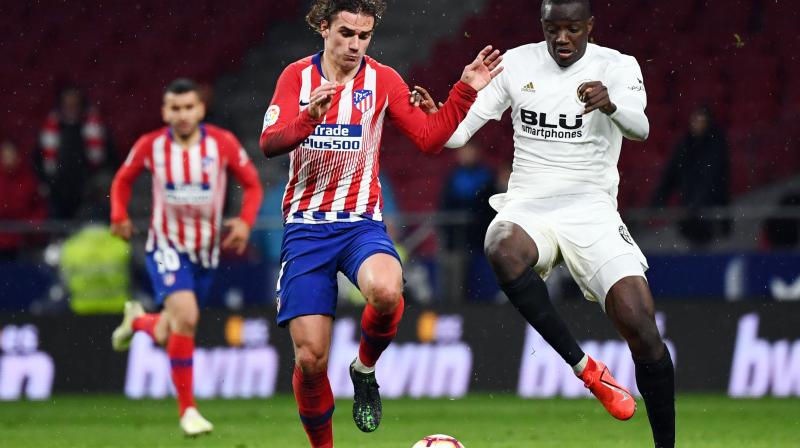 Defeat for Atletico would have seen Barca clinch an eighth title in 11 years, but the victory moved Diego Simeone’s side to 71 points. (Photo: AFP)

Defeat for Atletico would have seen Barca clinch an eighth title in 11 years, but the victory moved Diego Simeone’s side on to 71 points after 34 games, nine points behind the Catalans.

Barca will be champions if they beat Levante at home on Saturday and could seal the title before kickoff if Atletico lose at home to Real Valladolid earlier in the day.

Alvaro Morata put Atletico ahead on a rain-swept evening in the ninth minute by knocking a cross in from close range on the volley but Valencia equalised in the 36th through former Atletico forward Kevin Gameiro.

Atletico’s top scorer Antoine Griezmann put the home side back in front early in the second half with a header but the visitors, who are chasing fourth spot in La Liga, were awarded a penalty for a handball by Saul Niguez following a VAR review.

Captain Dani Parejo slammed the ball home from the spot but Atletico came back again to take the lead for the third time with a brilliant strike from Angel Correa, who sent the ball sweeping just inside the near post from outside the area.