Harry Kane will be off if Spurs don't win trophies, warns Shearer 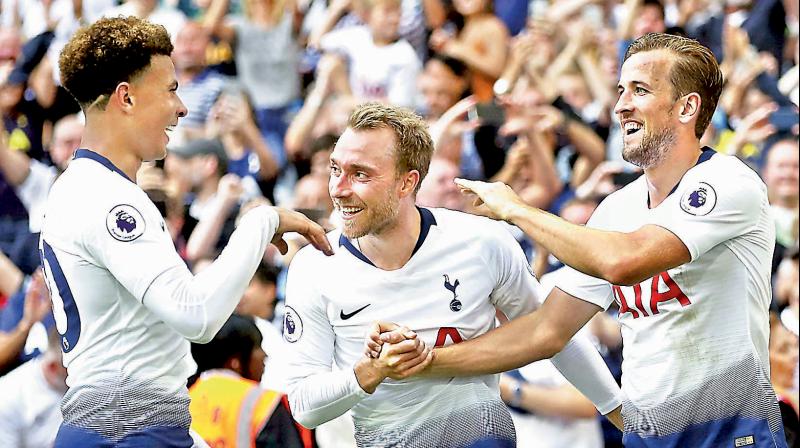 London: Tottenham forward Harry Kane will leave the club next year if they fail to win a trophy in that time, Premier League all-time top-scorer Alan Shearer has warned.

Kane is yet to lift silverware in his career despite an eye-catching goalscoring record for both club and country.

The England captain has not played since January due to a serious hamstring injury and was on the losing side as Tottenham lost to Liverpool in last season's Champions League final.

That is the closest the 26-year-old has come to major honours and Shearer feels it may be time to move on if that does not change in the coming months.

"My guess is, if he doesn't win anything in the next 12 months then he has to leave," Shearer told the Match of the Day: Top 10 podcast.

"He'll do another year, I think, and if nothing comes in terms of trophies, then he'll be off." Shearer sits at the top of the Premier League scoring charts with 260 goals.

Asked if Kane, currently on 136 goals, could one day overtake his tally, the former Blackburn and Newcastle striker said: "It depends on his fitness, where he is and what success he's had at whatever club he's at -- whether that's at Spurs or somewhere else.

He has been sidelined since suffering a torn hamstring tendon in Tottenham's New Year's Day defeat at Southampton.