Each intensive care unit will have ten beds 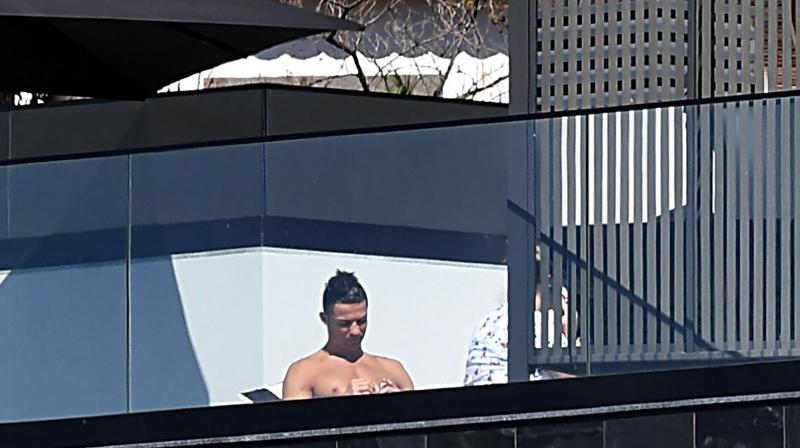 Portugal and Juventus' forward Cristiano Ronaldo sunbathes at his home in Funchal. Ronaldo has been in quarantine in Madeira for several days but is not showing any symptoms of the coronavirus. AFP Photo

The Portuguese pair will donate to at least two institutions and will give "two intensive care units", with a "capacity of 10 beds each" to the University Hospital Centre of Northern Lisbon (CHULN), a group of hospitals in the country's capital city, a spokesman told AFP.

CHULN currently has a capacity of 77 beds.

Mendes and Ronaldo will also donate a unit to the Santo Antonio Hospital of the University Hospital Center of Porto.

"This is a very important investment that includes more than a dozen respirators and other necessary equipment," Eurico Castro Alves, director of the hospital's surgery department, told newspaper Jornal de Noticias, adding the unit would bear their names.

"If necessary, Cristiano Ronaldo would like to do the same in Madeira," he added.

Juventus forward Ronaldo has returned to his home island, which has 11 confirmed cases of COVID-19 out of the 2,362 in Portugal. The country has recorded nore than 30 deaths.

He was visiting his mother, who is recovering from a stroke, when he was placed in confinement after Juve team-mate Daniele Rugani tested positive.

The local authorities said on 12 March Ronaldo showed no symptoms.