Leicester, second in the table, lost 2-1 to Liverpool at Anfield in October when James Milner scored a stoppage time penalty. 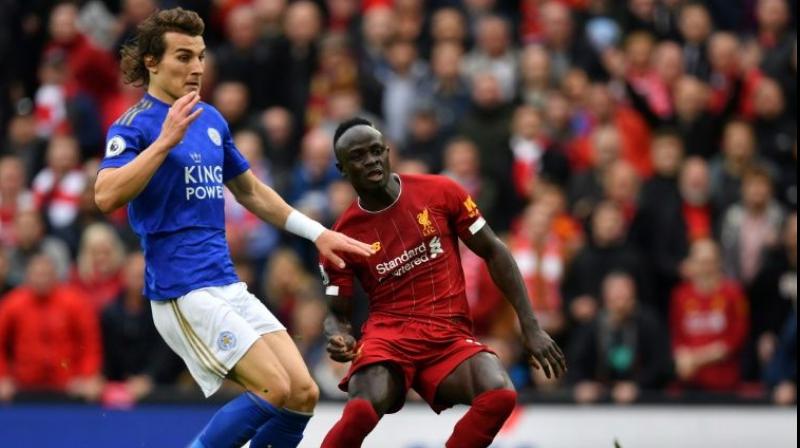 Leicester City’s top-of-the-table clash with Premier League leaders Liverpool on Thursday will be a true measure of where they stand this season, manager Brendan Rodgers said on Monday. (Photo:AFP)

Leicester City’s top-of-the-table clash with Premier League leaders Liverpool on Thursday will be a true measure of where they stand this season, manager Brendan Rodgers said on Monday.

Leicester, second in the table, lost 2-1 to Liverpool at Anfield in October when James Milner scored a stoppage time penalty and Rodgers said he hoped the home crowd would spur them on against a side that are still unbeaten in the league.

“It’s another difficult game for us, they’re one of the most consistent teams at this level for a long period of time but we’re at home and we want to bring our true game,” former Liverpool manager Rodgers told reporters. “It’s a great measure for us and test for us.

“We had a really good game at Anfield and we should have come out of that game with a draw. We’re playing at home so the intensity of the crowd should help us as well.

“(My message to the fans) would be to be as loud and as proud as possible... The synergy between the players and fans is important. The King Power Stadium is amazing and if we can get that support from the fans, hopefully we can get the result.”

A 2-1 defeat by third-placed Manchester City on Saturday reduced the gap between the two teams to one point and with Leicester 10 points behind Liverpool, Rodgers said he was not thinking about the title race.

“There’s a gap that’s already difficult to overcome looking at how many points Liverpool have dropped,” Rodgers added. “We still have a lot more to do to get to a level we want to be.

“I have a great perspective of where we are at, we respect the level we are at. We were playing against a team (Man City) that are one of the super clubs. When they play to that level, it’s very difficult for every team.

“My players have been brilliant. We’re in second and we’re in a semi-final (of the League Cup). For us, it’s a case of looking to always be at our best and to try to put in performance level that shows how we work.”

Rodgers also hopes Harvey Barnes will be available for the game after the midfielder injured his ankle.

“Hopefully he’ll be back in training tomorrow,” Rodgers said. “It’s his ankle, but it’s not as bad as first thought.”