After high of last season FC Pune City have been poor so far. 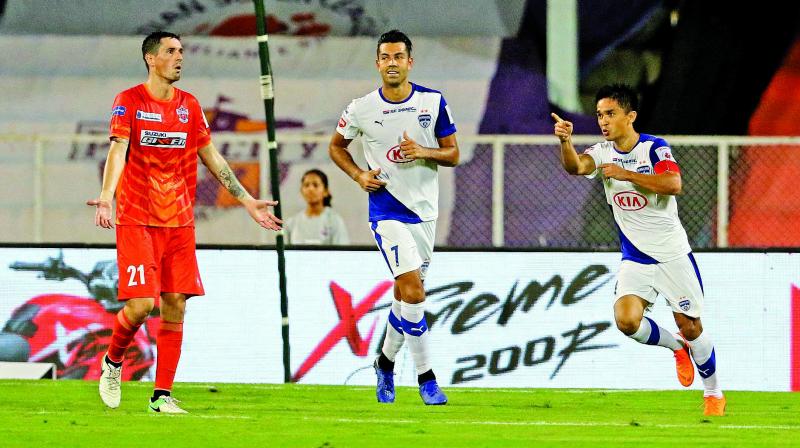 After the high of fourth Indian Super League season that concluded in March, FC Pune City have been in similar territory in the fifth edition as their first three seasons. A poor start to the campaign with players in the middle confused how to make things happen together like last season.

New coach Miguel Portugal who took too much time to generate results in the Delhi Dyamos side last season seems to struggle again to put his message through clearly. Dynamos had a disastrous campaign in the first half in ISL-4 though they made good comeback in the second half but still had to finish the league standings.

Last year semi-finalists, the Stallions have lost two straight matches in three games and what has disappointed fans is they couldn’t score against Mumbai City FC away and Bengaluru FC at home. They were sloppy against the Islanders and in-competitive against Sunil Chhetri and Co.

Defense has committed mistakes which has paid them heavily so far. Adil Khan who was a revelation under Serbian coach Ranko Popovic in the defense and also scored goals, looks lost in the mid-field. Star sriker Marcelo Pereira made first start of the season on Monday and looked menacing on free-kicks but he and Emiliano Alfaro haven’t been able to score yet. Wingers Nikhil Poojary of Mumbai and Ashique Kuruniyan who were part of Indian national team joined the team late and haven’t yet settled down fully. Diego Carlos has been their best midfielder so far but the understanding with forwards hasn’t been top notch.

After three matches, Pune have scored just one goal and are currently placed ninth on the table.

Portugal complained of less budget in Dynamos last year for their poor show but in Pune he has a solid side to build and he has to turn it around quickly as fans have been already chanting Popovic’s name in the stands. According to sources Popovic was the first choice for FC Pune City management but his expectations didn’t fit in the franchise’s budget, who already invested heavily on the players. Portugal has generated moments of brilliance from his team but what they need immediately is the results.

“Nikhil, Ashique are national players and they have trained less with me. We are building the team, we have to improve in all positions. I think we played better in the second half (against Bengaluru FC) after we shifted to a 4-3-3 and I’m happy about that. Even in the match against Delhi, we played well when we played a 4-3-3. I think this (formation) is good for the team,” Portugal said.

Though against Mumbai City, Portugal had said that they played well and need results but on Monday he conceded Bengaluru FC were a far superior side.

“Bengaluru’s and our statistics were similar, when you consider the passes, crosses and shots. But the difference was in quality. Bengaluru had full control of the game. I can’t say for sure that we deserved a goal in this game.”