The change of venue will cause some inconvenience to the English and Brazilian teams as they are already in Guwahati. 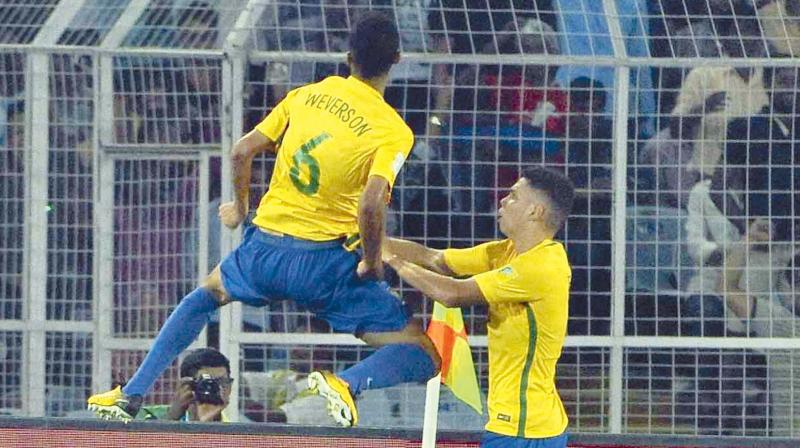 The Brazil-England semi-final will now be played in Kolkata.

New Delhi: The Fifa Under-17 World Cup semi-final between Brazil and England was shifted from Guwahati to Kolkata, citing poor pitch conditions, it was announced on Monday.

The match, to be played at the Indira Gandhi Stadium at the Assam capital, will be held as scheduled on October 25 but at the Salt Lake Stadium in Kolkata.

“Following a thorough assessment of the pitch conditions at Guwahati’s Indira Gandhi Athletic Stadium, which has been affected by severe rainfall over the past few days, Fifa has decided to move the venue of the semi-final between England and Brazil to Kolkata’s Vivekananda Yuba Bharati Krirangan, where the match will kick off at 1700hrs,” a statement said.

The change of venue will cause some inconvenience to the English and Brazilian teams as they are already in Guwahati. The teams were also scheduled to train this evening.

The pitch at the stadium was severely affected during the quarter-final between Ghana and Mali on Saturday which was played under incessant rain. Guwahati has been experiencing rain for the last four days.

There were light showers in the morning but the ground has been significantly damaged. Ghana coach Samuel Fabian had said that the match should have been postponed.