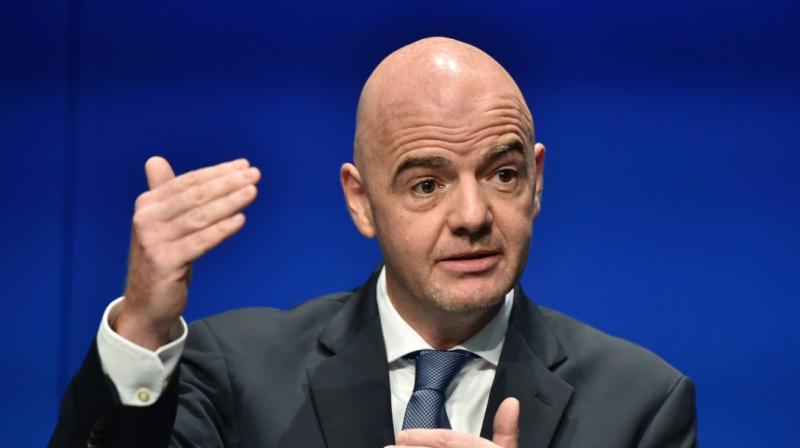 FIFA president Gianni Infantino has made a plea to "kick racism out" of Italian football, during the FIFA Best Football Awards ceremony in Milan. (Photo: AFP)

Milan: FIFA president Gianni Infantino has made a plea to "kick racism out" of Italian football, during the FIFA Best Football Awards ceremony in Milan.

"Tonight is a night to celebrate, but we should reflect a little bit," the Swiss-Italian football chief told a star-studded gathering at Milan's iconic La Scala Opera House on Monday night.

"I would like to say that here in Italy in my country, yesterday (Sunday) we witnessed again in the Italian championship an episode of racism.

"This is not acceptable any more, we have to say no to racism in society. We have to kick racism out of football and society once and for all."

Sunday's Italian league match between Atalanta and Fiorentina was halted for several minutes after racist abuse was aimed at the Tuscan side's Brazilian player Dalbert in a game played in Parma.

The problem is a recurring one throughout the peninsula.

This season Inter Milan's Belgian striker Romelu Lukaku and AC Milan's Ivorian player Franck Kessie have both been targeted by monkey calls without any sanction being taken.