Lionel Messi: 'It has been long time without winning individual prize'

This award marks first major individual honour for Messi since winning his fifth Ballon d'Or in 2015. 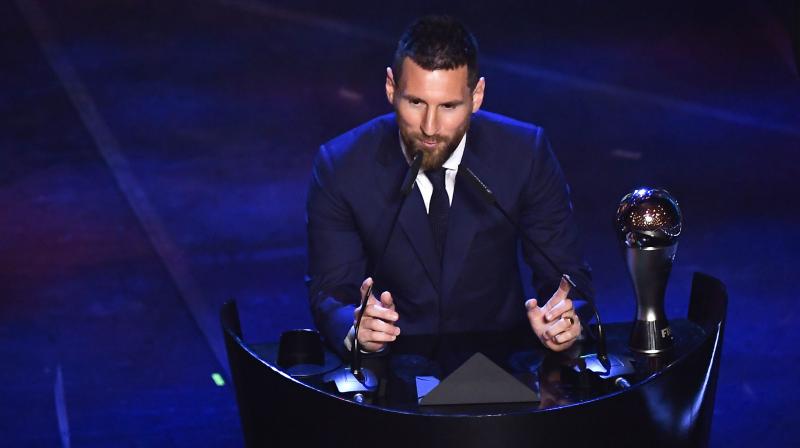 Milan: After winning the Best FIFA Men's Player of the Year for a record sixth time, Argentine striker Lionel Messi said it has been a long time without winning an individual prize for him.

This award marks first major individual honour for Messi since winning his fifth Ballon d'Or in 2015.

"It has been a long time without winning an individual prize. It is good to have this award," Goal.com quoted Messi as saying.

Messi had led Barcelona La Liga title last season, his 10th since joining the club.
He scored 51 goals across 50 appearances for the Spanish side, marking his 10th consecutive season with at least 40 finishes.

The 32-year-old is trying to come back from a calf injury which he suffered at training prior to the beginning of the 2019-20 season.

He has made only two appearances for Barcelona in the Champions League and La Liga since his injury return.

Barcelona has made their worst start to a La Liga season since 1994-95, as they have collected just seven points from five games.

"We have started badly and are struggling to create play and chances. It's just the start, but we have to respond now. There is no more time and we have to improve a lot, we are aware of this. It is a team thing. I have no doubts that we will improve," Messi said.

The Argentine striker is likely to play against Villarreal later today.