The Kerala winger is starting a journey for the national team from a State where from he started his professional journey. 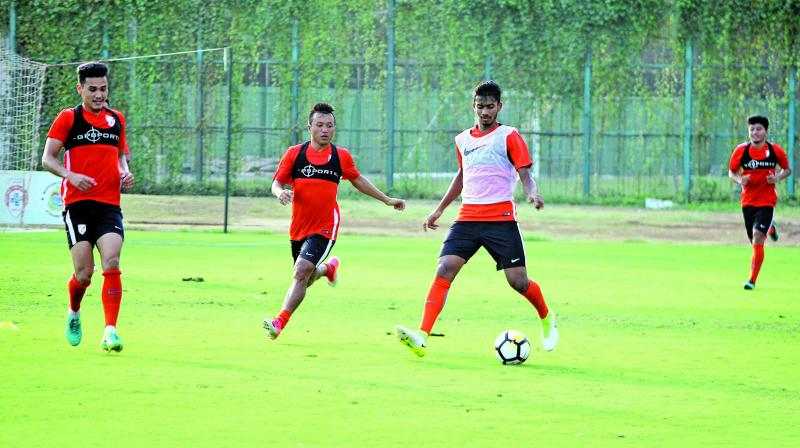 The winger is now hoping to make debut for India in the upcoming Intercontinental Cup. “I have to work hard,” he said.

Kerala youngster Ashique Kuruniyan is training with the Indian national football team for the first time. The 20-year-old is in the 30-probable squad for the four-nation Intercontinental Cup selected by coach Stephen Constantine. The Indian senior team is currently training at Mumbai Football Arena, Andheri Sports Complex since May 16.

The Kerala winger is starting a journey for the national team from a State where from he started his professional journey.

“My performance with FC Pune City is the reason I am here now. I am feeling very happy because it is a big thing to be a part of the national team. All the senior players are helping me,” he said.

Kuruniyan dropped out of school to help his father in his sugarcane shop. He would play football on the fields during evenings and was soon selected by Vision India, a scheme started by the Kerala Football Association, and was with the academy until 2014 when he joined the Pune FC academy and his professional journey began.

In 2016, when Pune’s academy was sold and converted to the FC Pune City Academy, Kuruniyan joined them and later a signed contract with that Indian Super League Club. He had a good outing under Serbian coach Ranko Popovic making nine appearances and scoring one goal during FC Pune City’s best season where they reached playoffs for the first time.

“Experience with FC Pune City was really good. We had a good coach. The team played well. Everybody in the team helped me,” he recollected.

But the talented winger felt there is a big difference in ISL and the national team. “It is difficult to get into the national team as there are so many good players in the team. I will get to learn more here,” he said.

Incidentally, Ashique was brought by his Kerala statemate and senior Indian team member Anas Edathodika to Pune when he was with Pune FC. Anas started his professional career with now disbanded Mumbai FC and after four-year stint moved to Pune for another four years.

“Anas has always guided me and helped me in improving as a player. Back in Kerala whenever I used to play, he helped me a lot,” he said.

The winger is now hoping to make debut for India in the upcoming Intercontinental Cup. “I have to work hard,” he said.

Ashique is predominantly a left-sided winger but he suggested that he can play anywhere as per situation or coach’s demand. “In modern football, there is no fixed position for players. Everyone keeps changing positions during the matches,” he said.