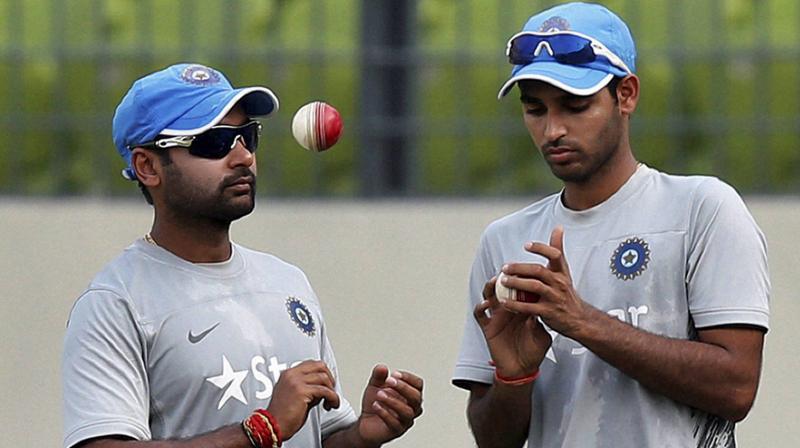 New Delhi: The usage of artificial substances to polish the cricket ball, which effectively means ball tampering, could be considered for legalisation when the game resumes after the Covid19 pandemic that has made bowlers wary of applying saliva on the red cherry.

'ESPNCricinfo' reported that administrators are "open to the option of allowing for the use of an agreed artificial substance to polish the ball under the supervision of the umpires", which amounts to ball-tampering as per the current rules governing the sport.

The matter of saliva being unsafe was raised by the ICC's medical committee and it would be addressed before cricket resumes. All sports activities have come to a halt after the coronavirus outbreak.

Shining the ball is an integral part of Test cricket as it helps the bowlers swing the ball, both conventional and reverse.

If the move gets the go ahead, it would be quite ironic for the game's administrators after the 2018 ball-tampering controversy which led to one-year bans on Steve Smith and David Warner for conspiring to use sandpaper to alter the ball.

Following the chief executives meeting of the ICC on Thursday, its medical committee, headed by Peter Harcourt, had issued an update.

"Our next step is to create a roadmap for the resumption of international cricket which will include criteria for decision making and a checklist for what needs to happen.

"This will consider everything from player preparation to government restrictions and advisories and bio-bubbles. The scale and complexity of getting cricket started again cannot be underestimated particularly with respect to a global event," Harcourt said.

Australian pacer Josh Hazlewood recently said that Test cricket will become harder if the bowlers did not have enough means to move the ball.

"I think the white ball would be fine, (but) Test cricket would be very hard. Bowlers rely on any sort of sideways movement in the air," said Hazlewood.

"If you didn't maintain the ball at all for 80 overs it would be quite easy to bat after that initial shine has gone. Whether you use saliva or sweat, maybe one person can do it.

Former India pacer Venkatesh Prasad supports the idea of not using saliva on the ball.

"When the action resumes, they should use only sweat for some time as safety of the players is paramount," former pacer Prasad, who played 33 Tests and 161 ODIs for India, told PTI.

However, he reckons it will be tough for the bowlers to stop all of a sudden.

"When you are in the thick of things, you tend to forget it. You have to get the upper hand over the batsmen as you can't use anything else besides sweat and saliva.

"The question is what do you do when the batsman is pulping you? You need to swing the ball and what helps swing the ball is the aerodynamics," the 50-year-old explained.