Minerva have been in rollicking form, steamrolling sides at home and away but Ambekar feels Aizawl were tough opponents. 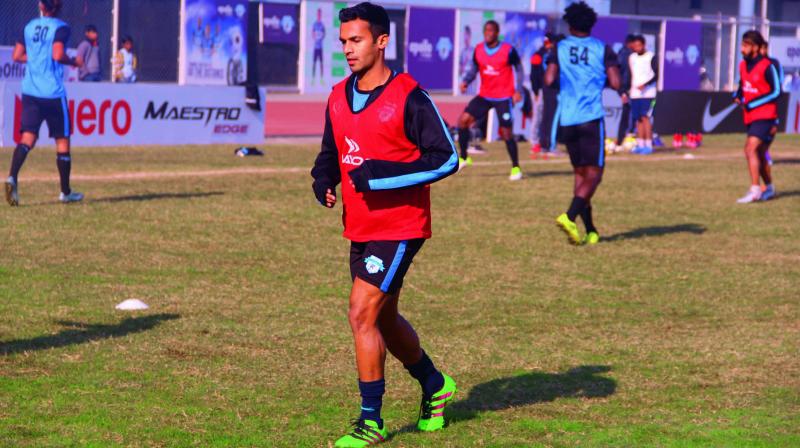 One of the factors for Minerva Punjab FC’s success in the ongoing Hero I-League has been the performance of wing back Abhishek Ambekar, who now hopes to make his India debut some day.

“Playing for India is my ultimate dream. Nothing can be better than representing one’s country,” Ambekar was quoted as saying.

Having featured in every match this season for Minerva, Ambekar attributed the team’s success to unity. “We are on top of the table now. Our pre-season work has paid off and the team has gelled well. Our success is due to the fact that we are playing as one unit rather than just individuals.

“We hope to keep the momentum going in upcoming matches. We have a couple of tough encounters ahead so the winning attitude needs to continue.”

Minerva have been in rollicking form, steamrolling sides at home and away but Ambekar feels Aizawl were tough opponents. “Every match is difficult but I feel the toughest for us this season was the away game against Aizawl FC. The crowd is very loud and the team very difficult to break down.

“Even East Bengal came back from two goals down and as luck would have it we are playing these two sides next,” he adds.

“The coach has shown faith in me throughout the season and I think I’ve been able to repay that belief. So I can say I’m happy with the way I’m playing.”