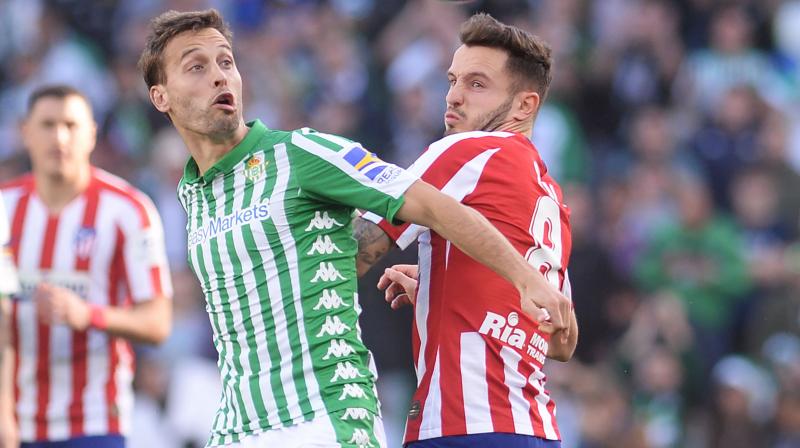 Atletico Madrid moved back into the top four in La Liga with a hard-fought 2-1 win at Real Betis on Sunday as they recorded back-to-back league victories for the first time since the beginning of September. (Photo:AFP)

Seville: Atletico Madrid moved back into the top four in La Liga with a hard-fought 2-1 win at Real Betis on Sunday as they recorded back-to-back league victories for the first time since the beginning of September.

Substitute Angel Correa put Atletico in front in the 58th minute, chasing down defender Alex Moreno and winning the ball back before rounding goalkeeper Joel Robles and passing into the net.

Striker Alvaro Morata doubled Atletico’s lead in the 84th minute by turning in a cross from Correa with a back-heeled finish to get a confidence-boosting goal after hitting the post in the first half and having a strike ruled out for offside.

Betis hit the woodwork in either half and finally scored in added time when Marc Bartra bundled the ball into the net from a crowded penalty area.

The win followed last week’s 2-0 success over Osasuna and was the first time Diego Simeone’s had strung two victories together in domestic competition since they won their opening three games of the campaign.