Ever since losing the match against Liverpool 3-1, there have been several media reports suggesting that Guardiola is not happy at Man City. 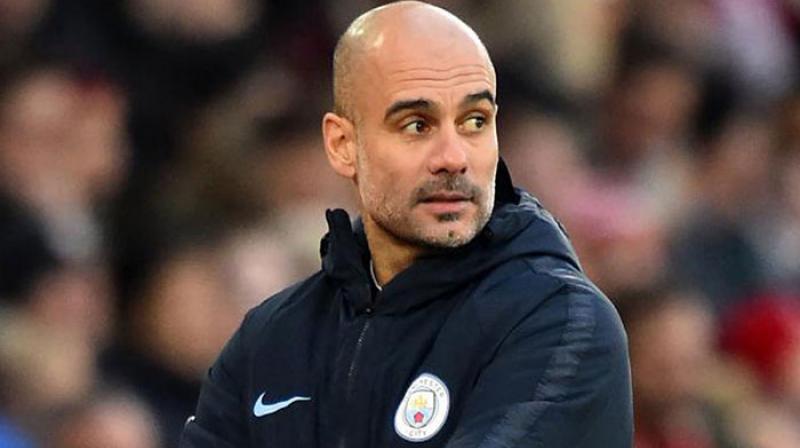 Having fallen behind the title race, Pep Guardiola expressed his excitement in trying to close down the gap on current table-toppers Liverpool. (Photo: AFP)

Leeds: Manchester City coach Pep Guardiola has dismissed talk of him leaving the club and said there is no reason why would people think that he is not happy staying on with the side.

Ever since losing the match against Liverpool 3-1, there have been several media reports suggesting that Guardiola is not happy staying on with the club.

"Why should people think I am not happy here? Because we lost at Anfield or I have lost three games this season? That is an odd reason to say I am not happy or satisfied to be here," Goal.com quoted Guardiola as saying.

"The moment I will leave is when I feel my team do not follow me to play at Anfield in the way we played. At that moment I would say, 'Wow, I miss my team' and after I would call my boss and say, guys, maybe you have to sit and think about it," he added.

Having fallen behind the title race, Guardiola expressed his excitement in trying to close down the gap on current table-toppers Liverpool.

"I like to be in this challenge, I love to be in this position. I said I prefer to have nine points upfront than behind. We have more pressure, they can lose one, two or three games and will still be top," Guardiola said.

"I prefer their position, three teams with more chance to win the Premier League than us but we are in November and we'll see tomorrow how we behave," he added.

Manchester City is currently placed at the fourth position in the Premier League standings with 25 points from 12 matches.

It will next take on Chelsea on Sunday, November 24.