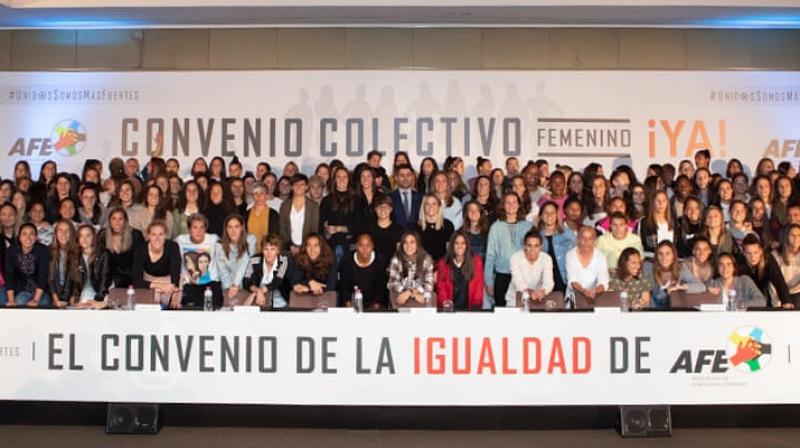 Madrid: Almost 200 female footballers in Spain from various first division clubs have voted to go on strike over pay and working conditions.

The vote late Tuesday won the support of 93 per cent of 188 players from 16 clubs after more than a year of failed negotiations with the Association of Women's Football Clubs (ACFF).

Clubs are proposing part-time salaries worth 8,000 euros a year while the players are demanding a minimum of 12,000, amounting to 75 per cent of minimum full-time contracts.

"We are footballers 24 hours a day, 100 per cent of the time," said Ainhoa Tirapu, the goalkeeper for Athletic Bilbao and the Spanish national team.

"We hope to reach an agreement at some point but we had to take drastic action because the time for women's football is now." A date for the start of the strike has not been set but it could affect the Women's Champions League, with Atletico Madrid playing against Manchester City next week.

"We want an agreement now, that is worthy and with equality," said David Aganzo, president of the Association of Women's Players (AFE).

"We have enjoyed talking about all the positive things in women's football, many of them on show at the World Cup, but the players also need an improvement in their working conditions, that recognise what they do. In the 21st century, women deserve respect."

Last season, women's football enjoyed a record-breaking season in Spain as 60,739 people turned out to watch Barcelona play Atletico Madrid at the Wanda Metropolitano in March.

But when the two sides met again last month, Barca's victory was not even shown on television.

"It was disappointing," Atletico's Toni Duggan told AFP earlier this month. "Last season there were 60,000 people in the stadium and they can't even televise the game the next year.

"If it's like that, how you do build? How do you progress?"