Date for next 'El Classico' between Barcelona and Real Madrid confirmed

Last week, the federation had postponed the match between both sides, which was slated to take place this week. 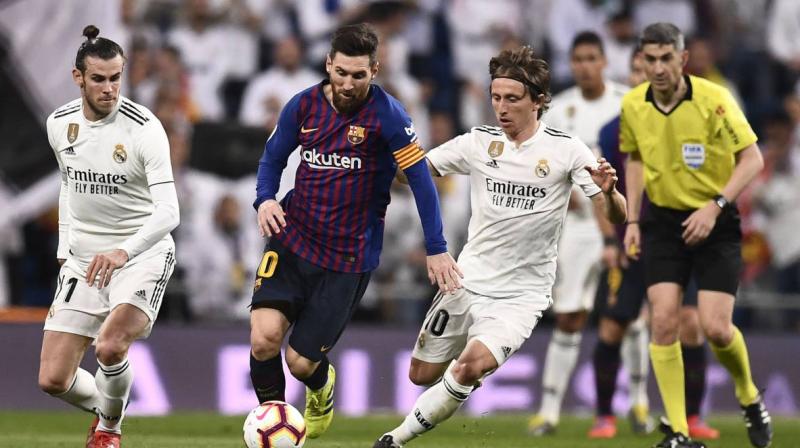 The organisers had initially wanted to shift the match from Barcelona to Madrid, but both the teams did not agree to this solution. (Photo: AFP)

Leeds: Spanish Football Federation (RFEF) on Wednesday confirmed December 18 as the new date for the 'El Clasico' match between Real Madrid and Barcelona in the La Liga.

"The decision of the competition committee has come after analysing in recent days the proposals of both clubs, which they invited to agree on a date and who agreed to signal on December 18 for the rescheduling of the postponed match," Goal.com quoted RFEF as saying.

Last week, the federation had postponed the match between both sides, which was slated to take place this week. The riots in Barcelona over the last two weeks had forced La Liga organisers to move the match to a new date.

The organisers had initially wanted to shift the match from Barcelona to Madrid, but both the teams did not agree to this solution. As a result, a new date was decided for the match between the top sides of the Spanish League.

The decision to move the original match away from Camp Nou in Barcelona was taken following riots in Barcelona in the aftermath of nine Catalan separatist leaders being jailed for between nine and 13 years.

These sentences followed a referendum on Catalan independence that took place on October 2017 that was deemed to be unofficial by Spanish authorities.
Similar clashes have broken out in Barcelona in recent days and this forced closing down of Barcelona airport at certain times.