Gareth Bale ‘is at a fantastic club’: Ryan Giggs

Bale assisted his club as Real Madrid won the match by 3-1 over Celta Viga. 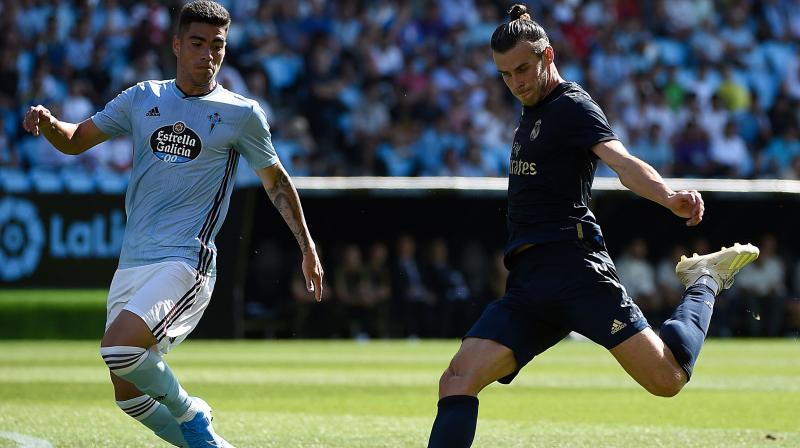 Wales manager Ryan Giggs said that he always told Gareth Bale that he is at a 'fantastic club' Real Madrid and hoping for the 30-year-old's stay at the club. (Photo:AFP)

Leeds: Wales manager Ryan Giggs said that he always told Gareth Bale that he is at a 'fantastic club' Real Madrid and hoping for the 30-year-old's stay at the club.

There were speculations that Bale will transfer from Real Madrid. However, the Wale international featured during club's La Liga match against Celta Viga.

Bale assisted Karim Benzema in the 12th minute and Benzema did not make any mistake, handing his a 1-0 lead. Real Madrid won the match by 3-1 over Celta Vigo.

"I'm really pleased with the situation at the moment and looking forward to him meeting up. You can't take anything for granted in football because it can change quite quickly. You can be on top of the world and then get an injury or miss a chance and then it turns. Or vice-versa. You can go through a bad time and then score a fluky goal and everything turns around," Goal.com quoted Giggs as saying.

"You have to work hard like I said about Gareth. When you do that usually good things happen. I kept in touch with him, not every day but just to see if he was all right. It's obviously positive at the moment. He played at the weekend and did really well and it looks like he's staying now. I've always said he's at a fantastic club but probably a couple of weeks ago we wouldn't have seen this situation," he added.

Giggs is now hoping things to settle for Bale.

"It was a strange situation but hopefully now it's sorted out, Gareth stays and he plays games," Giggs said.