Cristiano Ronaldo will not face rape charges in US

In January, a Spanish court handed Ronaldo a suspended two-year prison sentence for committing tax fraud while he was at Real Madrid. 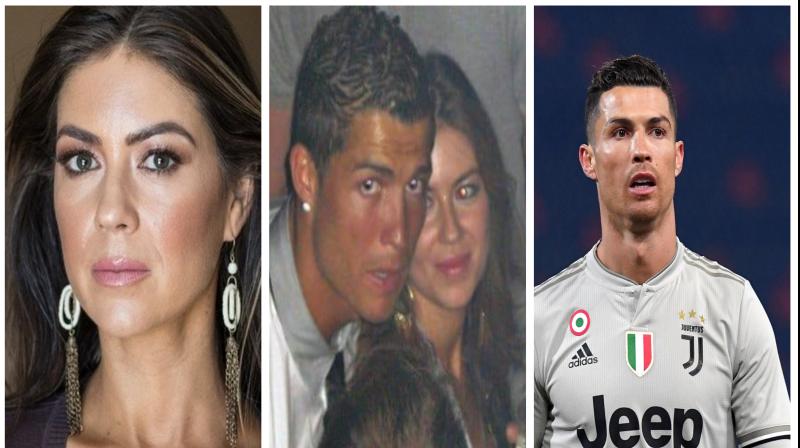 The former Manchester United and Real Madrid forward reached a financial settlement with her one year after the incident. He has always denied allegations of sexual assault, insisting their encounter was consensual. (Photo: AFP/TWitter)

Los Angeles: Juventus star Cristiano Ronaldo will not face any charges over an alleged rape in Las Vegas a decade ago after US prosecutors said on Monday that they did not have enough evidence to proceed.

A district attorney in the state of Nevada said it would not prosecute the Portuguese soccer player because it "cannot be proven beyond a reasonable doubt" that a sexual assault occurred.

Kathryn Mayorga, a former model, alleges that Ronaldo raped her in a Las Vegas hotel in 2009.

The former Manchester United and Real Madrid forward reached a financial settlement with her one year after the incident.

He has always denied allegations of sexual assault, insisting their encounter was consensual.

The Clark County District Attorney's Office said it had received a report from Mayorga -- who it identified only as "V" -- on June 13, 2009, reporting that she had been the victim of a sexual assault.

Police could not conduct "any meaningful investigation" at the time because she declined to say who assaulted her or where it occurred, the office said in a statement.

As a result, detectives were "unable to search for and impound vital forensic evidence," and video showing Ronaldo and Mayorga together was lost, it added.

Mayorga contacted police in August of last year to ask that the case be reopened, at which point she named Ronaldo as the alleged assailant.

The case was reopened "in spite of the passage of over nine year," prosecutors said.

"Based upon a review of the information presented at this time, the allegations of sexual assault against Cristiano Ronaldo cannot be proven beyond a reasonable doubt," prosecutors said. "Therefore, no charges will be forthcoming."

Mayorga's attorney has stated that she agreed to an out-of-court settlement to keep her name from going public, but was later inspired to speak out by the #MeToo movement against sexual harassment.

Mayorga has also said that her emotional trauma at the time did not allow her to participate in the mediation process for the financial settlement.

Neither Ronaldo's nor Mayorga's lawyers responded to AFP's request for comment on the decision to end the investigation.

The player has yet to respond on social media.

In October last year, Ronaldo said he was "an exemplary person." "I know who I am and what I did. The truth will come out," he told France Football magazine.

"And the people who criticize me and who expose my life today, who make a song and dance about it, these people will see." The allegations have taken a toll on his life, and in particular on his family, he said.

In January, a Spanish court handed Ronaldo a suspended two-year prison sentence for committing tax fraud while he was at Real Madrid.

Ronaldo is widely considered one of the greatest footballers in the history of the game, having won the Champions League title five times -- once with Manchester United and four times with Real Madrid.

He also led Portugal to the Euro 2016 title in France.

Ronaldo, who is based in Turin, is currently on Juventus' pre-season tour of Asia.