The 35-year-old, once one of the deadliest marksmen in the world, would not rule out a future in coaching. 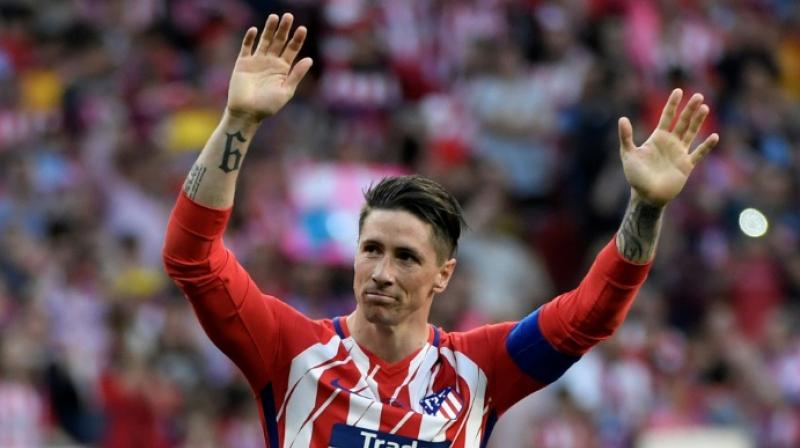 Tokyo: Spanish World Cup winner Fernando Torres said Sunday his body could no longer cope with the physical demands of football after announcing his retirement from the game.

But the 35-year-old, once one of the deadliest marksmen in the world, would not rule out a future in coaching.

The former Atletico Madrid, Liverpool and Chelsea striker finished his career at Japanese club Sagan Tosu after joining the J-League side last year.

"I have a high demand of myself - I always want to be honest and perform at the level I think I should," said Torres, who scored Spain's winning goal in the 2008 European championships and played a key role in their 2010 World Cup triumph.

"Knowing my body and listening to my body, I think, especially mentally, that time (when I can't perform at the top level) is not far and I wanted to end my career in a good way before that happens.

"I always gave everything I had and I still will give in the next two months," added Torres, whose last game will be against former Spain team mate Andres Iniesta's Vissel Kobe on August 23.

Torres tweeted his retirement on Friday, saying: "After 18 exciting years, the time has come to put an end to my football career."

He left Atletico last summer to play in Japan after returning to his boyhood club in 2015 but has struggled with form and injuries.

He made 142 appearances for Liverpool, finding the net 81 times in his prime, before joining Chelsea where he scored 45 goals in 172 matches for the London club.

Asked about the future, Torres told a news conference in Tokyo he would continue in an advisory role for Sagan, likely identifying Spanish youth players for the Kyushu club.

He also did not rule out becoming a manager or coach back in Europe.

"I just need time to spend with my family and think about my next step -- I don't know if it will be coaching or managing," said Torres, who named his former Liverpool captain Steven Gerrard as the best he had ever played alongside.

"I think I will study both things, and just wait for the call."

Torres also remains open to the idea of another emotional return to Atletico in the future, after earning his coaching badges.

"When I was a kid, I got a calling to become a football player," said Torres.

"I'm sure this kind of calling comes too. You don't have to look for them."