Diego Simeone to stay at Atletico despite exit of prime players

Diego Simeone has said he will oversee the changing of the guard as he looks to rebuild the 2014 La Liga Champs, who came 2nd behind Barca. 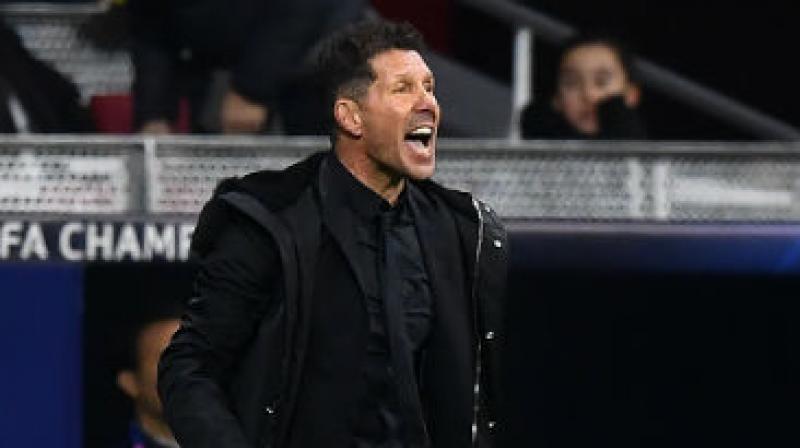 In February, former Argentina midfielder Simeone, who spent two separate spells at Atleti as a player, renewed his contract until 2022, meaning he is headed for a decade in charge. (Photo: AFP)

Madrid: Atletico Madrid coach Diego Simeone has pledged his future to the Liga club despite an expected exodus of senior players from the Estadio Metropolitano in the close season.

Argentine Simeone, 49, has said he will oversee the changing of the guard as he looks to rebuild the 2014 La Liga winners, who came second this term behind runaway champions Barcelona.

“I like my job, I feel very identified and committed to the club. I know that year-on-year it’s always more difficult and that makes us see our real selves and generate enthusiasm,” he told a news conference after a friendly with Beitar Jerusalem.

“Next season we’ll bring in players with great enthusiasm and hopefully adapt to the responsibility that means being at Atletico. We’ll need a new defence with a lot of new pieces,” he added after Tuesday’s 2-1 defeat at Teddy Stadium in Jerusalem.

His squad faces a major overhaul including the departure of the first-choice back four, with Juanfran, Diego Godin and Filipe Luis leaving on free transfers, while Lucas Hernandez is joining Bayern Munich for 80 million euros (USD 89.33 million).

Midfielder Rodrigo has also been heavily linked to English champions Manchester City in the British media, while there has been speculation about Spain forward Diego Costa’s future.

“Griezmann’s departure means a lot, not only for his talent but also it means we’ll lose a lot of goals, which will be tough and hard to replace. We’ve got the midfield in place and the rest of it will be down to work, work and more work.”

In February, former Argentina midfielder Simeone, who spent two separate spells at Atleti as a player, renewed his contract until 2022, meaning he is headed for a decade in charge.

He has won seven trophies with the club, including two Europa League titles, one Copa del Rey and one La Liga title, and has taken them to two Champions League finals, losing in 2014 and 2016 to Real Madrid.