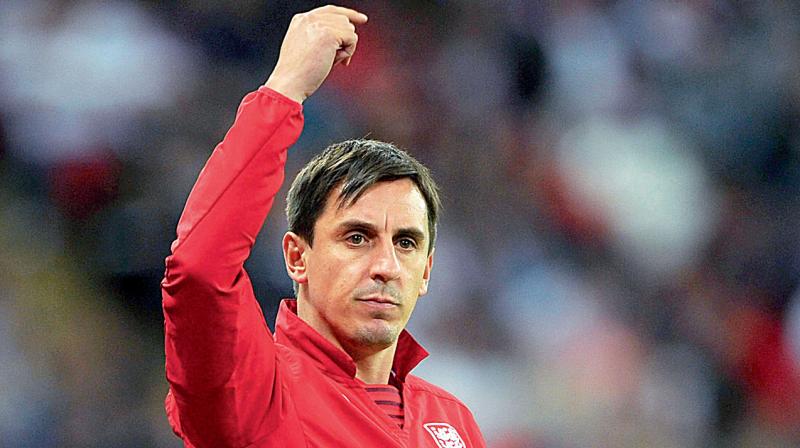 The economic crisis caused by the indefinite suspension of matches will be felt at all levels of the sport.

And Neville, who owns a stake in fourth-tier side Salford City, encouraged players to use their time wisely ahead of an expected downturn in wages and shortening in the length of contracts offered in the coming years.

"If I was a football player today, I'd be online learning, doing a degree, doing a BTEC (qualification) and trying to get a dual-skill. That's not panicking, that's not suggesting that their careers are over, it's just planning," Neville told Sky Sports.

"And they have to plan for that now. The smart ones will get their head around it quickly, and will go and do a different skill, look at the jobs they can do in the short-term to bring in money for their families."

The top four divisions in England are still planning to complete their seasons when strict government restrictions are lifted.

However, Neville believes even the possibility of restarting soon with games behind closed doors is a remote one as clubs cannot put their players' health at risk.

"As a Salford City owner, I have players who potentially have diabetes, players with asthma," he said.

"Am I going to put them on a football field and risk their health and safety for a game of football? The answer is quite simply 'no'. I am not sure how Premier League clubs are going to get around it."

Any return for football is dependent on regular testing for players but Neville is unconvinced, against the background of criticism of the British government over lack of testing for Covid19.

"The testing thing is a nonsense," he said.

"There is no way the Premier League can sell to the public that they're going to have access to tens of thousands of tests when the frontline workers can't get them."