Hindustan Zinc has supported many sportsmen that have brought laurels to India. 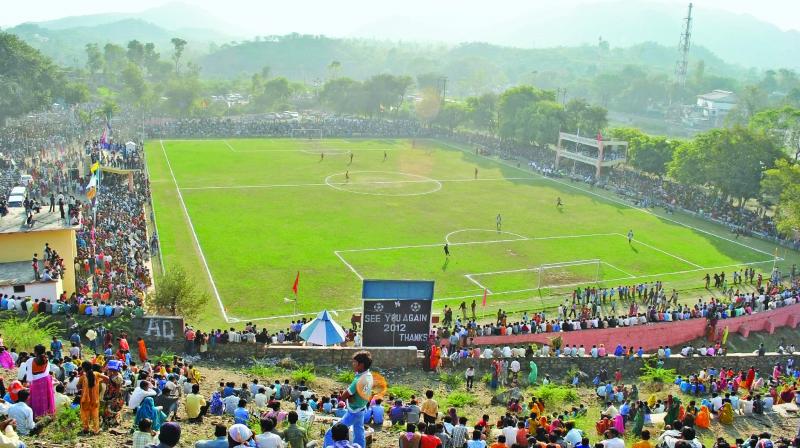 Perhaps India’s first junior football academy that will go at the grass-root level and select 40 talented & aspiring footballers, below the age of 12 years, to nurture & train them as professional football players. It will also organize 64 Community Football Clusters that will nurture 2500 football enthusiasts through camps to form a 20 players team each of girls and boys at each Cluster. Hindustan Zinc Football Academy will be fully residential, with international standard training facilities and induction of ‘F-Cube Technology’ for training. The Academy will also introduce for the first time in India ‘Junior Zinc Premier League Football Tournament’.

Football is the most popular sport and enjoys maximum participation and fan following on a global scale with over 200 countries and affiliates playing the football as official members of FIFA. Over the last few years, India has seen a great push towards the development of football with a massive football fan following which was also recently seen at the Under-17 FIFA World Cup in India.

Going back to the history, on November 6, 1869, Rutgers and Princeton played, what was billed as the first college football game. However, it wasn't until the 1880s that a great rugby player from Yale, Walter Camp, pioneered rules changes that slowly transformed rugby into the new game of American Football.

In 1889 India's oldest and current team Mohun Bagan A.C. was founded as "Mohun Bagan Sporting Club". This was the first club to be under the rule of the army. Several football clubs like Calcutta FC, Sovabazar and Aryan Club were established in Calcutta during the 1890s.

Hindustan Zinc, has been associated with sports and has been promoting sportsmen for almost 4 decades when the company made its football stadium at Zawar in Rajasthan in 1976. Since last 40 years, National Football Tournaments are being organized every year at Zawar Stadium in the memory of late Shri Mohan Kumar Manglam, former Union Minister for Steel and Mines, Government of India. The tournament attracts more than 50,000 spectator every year from across India with teams participating from Delhi, Mumbai, Udaipur, Chennai, Kolkata, Jodhpur, Jaipur, Dehradun, Ahmedabad, Hisar, Meerut and Himachal Pradesh and other cities. Overall the tournament witnesses about 20 national level football matches. The company has also constructed a stadium in Rajsamand in Rajasthan to promote sports.

Hindustan Zinc assessed that a sportsman needs financial security, training, infrastructure and confidence to put his hundred percent energy. With an aim to encourage and support sportsmen, the first association of Hindustan Zinc started with the Ace Archer Padam Shri Limba Ram and extended to Bhupendra Vyas - 7 Gold Medals winner of Commonwealth Games in Power-Lifting event; Mala Sukhwal - Gold Medallist in Women Power-Lifting and Jabbar Mohammed, the Volleyball Player. Hindustan Zinc also supported the Ace Discus-Throw international champion, Krishna Poonia who has been the recipient of the Arjuna Award in 2010 and Padma Sri Award in 2011.

Another example of support was Bhakti Sharma who has set world record in open-water swimming by covering 2.5 km in Antarctic Ocean, beating the record of British open water swimming champion Lewis Pugh and American swimmer Lynne Cox. ‘Had Hindustan Zinc not supported, it would have been impossible to achieve this feat’, Bhakti Sharma had said after achieving this milestone.

The company also supports multi-sports tournaments for school children in Rajasthan that sees thousands of children participating in various sports.

The Company’s vision is to set up a world-class technology based fully residential Football Academy and provides a 360 degree holistic platform whereby talented footballers from Rajasthan, both boys and girls, can get an opportunity to get trained and play for the Indian National Team. Hindustan Zinc has tied-up with ‘The Football Link Sport’ for setting-up this state-of-the-art Football Academy. 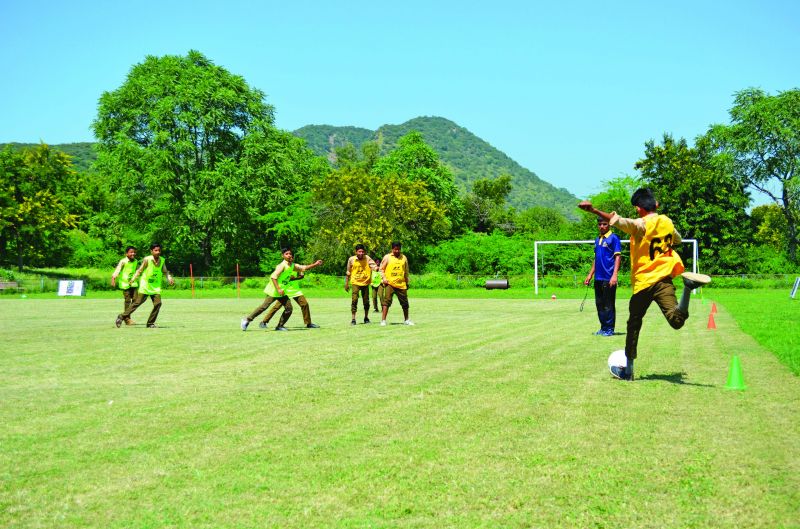 Hindustan Zinc Football Academy currently has 40 children. To get these 40 children, 23 Talent Scouting Camps have already been organized that saw the participation of over 3000 children from 5 districts of Rajasthan - Udaipur, Bhilwara, Chittorgarh, Rajsamand and Ajmer. These identified 40 children will now undergo rigorous training to become professional football players and play in various Local, National and International football tournaments. The training will be for 4-6 hours a day, for about 5-6 years, till they get to the age of 17-18 years.

Hindustan Zinc Football Academy would provide all necessary facilities, complete football kits and accessories to the selected children. Their training and grooming would be monitored by experts that would include health & fitness experts and nutrition & diet experts. Their skills, body weight, energy, strength and stamina would be tested and monitored on regular basis.

To strengthen the ultimate purpose, the Academy will further undertake skill development of local and national football coaches by organizing various coaches’ development initiatives and certification courses in association with the District, State and National Football Federations to develop a talent pool of skilled football educators. The Academy will therefore help in creating employment and job opportunities for passionate football coaches.  The ultimate objective is to reach out to more than 60,000 children in 100 villages and tribal areas in Rajasthan in the next five years. 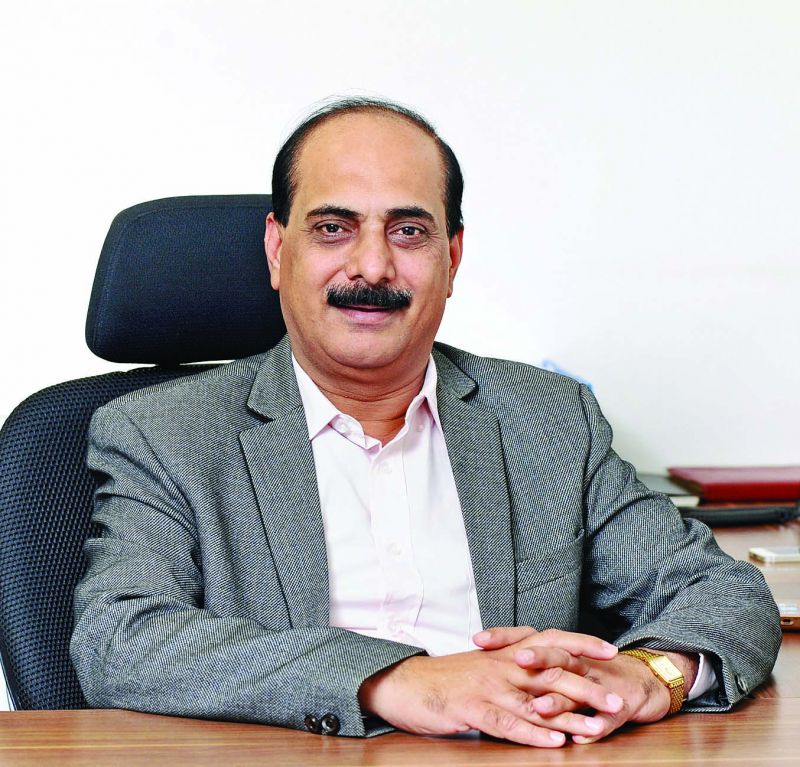 Induction of Technology for Skill
DevelopmentThe Academy has introduced ‘F-Cube Technology’ which is a globally accepted sensor based interactive and intelligent device for football training, skill evaluation, accuracy, response monitoring, measurement of speed, endurance and power of the players.

First time introduced in India, this device, as a player crosses different levels, would measure and enhance the training parameters. It precisely presents, digitally, an analysis of players for evaluation so that necessary strengths can be developed and weaknesses may be addressed.

Developing Community Football Clusters in Rural Rajasthan
Hindustan Zinc has focus to penetrate in rural and tribal areas through an extensive ‘Community Outreach Program’ across 5 identified districts of Rajasthan by adopting 64 Government Schools and their play-grounds to create grassroots football network for nurturing football talent in the long run. Each Cluster will also scout for about 40 children who are below the age group of 12 years and will form 2 teams, 20 each of boys and girls. Overall these clusters will nurture 2500 football enthusiasts. By now, 30 clusters have already become operative and training have started.  These football enthusiasts are provided with professional training and fitness sessions.

Assurance of Formal Education - Admissions in Schools
Hindustan Zinc has already been associated with about 55 schools through its Shiksha Sambal Project and the company also has its own schools at every location where the businesses are located. To assure continuance of formal education to the final 40 children of the Academy, the company has identified schools for the admission of these children so that their formal education is also not hampered. Additional tutoring to these children will also be provided to help them in their Academics.

I have always believed that every person should pursue one sport throughout his life with the intention to keep the body fit and healthy. Hindustan Zinc believes that India has a huge talent that is hidden in rural and tribal areas, unexplored, and they just need guidance, support and opportunities. Hindustan Zinc has supported many sportsmen that have brought laurels to India. We decided to build an international level football academy and have identified Zawar in Rajasthan, which is a tribal area, to bring forward hidden talent and give them proper infrastructure, training and all other facilities, so that one day they are able to play not just for Rajasthan but for India. All this support is part of our CSR and budget will never be a constraint"
-Sunil Duggal, Chief Executive Officer of Hindustan Zinc

The Company is confident that some of these players will have the potential to be selected for the national football team and clubs and would also be eligible to participate in international football tournaments.