The Ashes: Glenn Maxwell called in as cover for injury doubt David Warner

Vice-captain Warner remains a doubt after hurting his neck when going for a high catch during training at the Gabba on Tuesday. 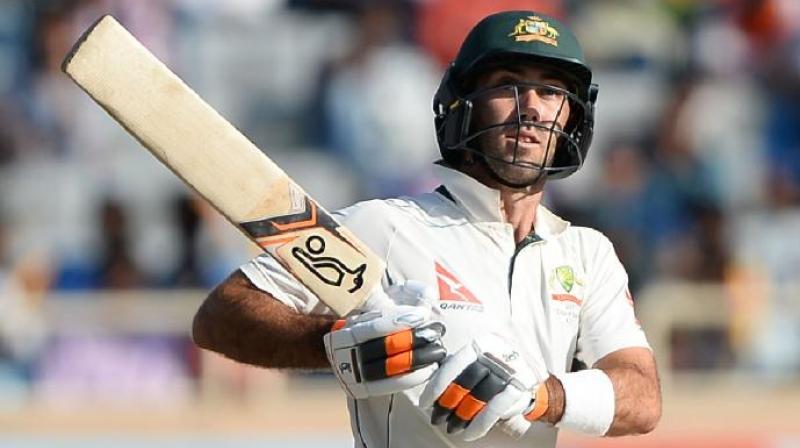 Brisbane: Australia all-rounder Glenn Maxwell has flown to Brisbane as cover for David Warner if the opening batsman is unable to shake off a neck strain in time for the Ashes opener against England in Brisbane on Thursday.

Vice-captain Warner remains a doubt after hurting his neck when going for a high catch during training at the Gabba on Tuesday, although Australia skipper Steve Smith backed him to be fit and ready for the start of the five-match series.

Maxwell was omitted from the 13-man Ashes squad named last week, with batsman Shaun Marsh named as a controversial replacement given his modest test record and Australia’s usual preference for an all-rounder to help with the bowling load.

However, should Warner lose his fitness race, the hard-hitting Maxwell could slot into the middle order, with Marsh elevated to open alongside uncapped Western Australia team mate Cameron Bancroft, Cricket Australia said.

Smith said the pugnacious left-hander’s neck was causing him discomfort when lifting his head more than when he moved it from side-to-side, which could be a concern on the Gabba’s typically bouncy pitch. However, Warner eased some fears by batting in the nets later on Tuesday and told Smith he was hopeful of playing.

“Davey’s confident that he’ll be OK,” Smith told reporters at the Gabba on Wednesday.

“He said he’ll even bat like Shivnarine Chanderpaul if he has to and face the other way. So, I think he’ll be alright,” the captain added with a smile.

England captain Joe Root, who declined to reveal the makeup of the tourists’ side, expects Warner to take his place in the home team.

“I‘m sure it’ll be fine, these sort of things tend to crop up before a big series,” he told reporters at the Gabba. “But I don’t think we need to change our plans on anything. We’ll still prepare the same.”

Smith also confirmed that pace trio Mitchell Starc, Pat Cummins and Josh Hazlewood will all bowl in Brisbane, meaning the side will be as expected barring Warner’s possible absence.