This means that new seats will be installed in the stadium and special boxes for VIPs and media will be constructed. 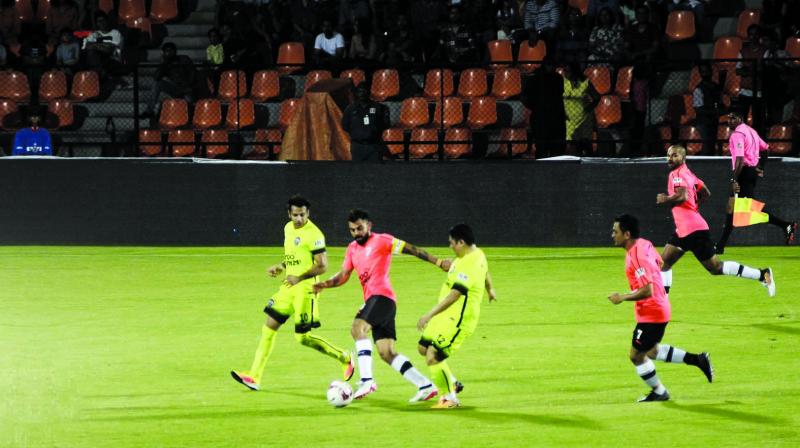 The Andheri stadium also played host to the Brazil, New Zealand and England Under-17 teams for practice matches prior to the World Cup.

Authorities of the Mumbai Football Arena confirm that the stadium will get an upgrade that will make it Asian Football Confederation (AFC) compliant once the FIFA Under-17 World Cup concludes. This means that new seats will be installed in the stadium and special boxes for VIPs and media will be constructed.

It was not long ago that the Mumbai Football Arena hosted a match where the Indian team played against Puerto Rico in an international match last year in September and since then the stadium has hosted the Blue Tigers thrice. Stephen Constantine’s men have never been defeated here, registering three wins and one draw.

Aaditya Thackeray, who is the president of the Mumbai District Football Association (MDFA), has been credited with the developments of the facility. The political heir was the chairman of the organisation for the last four years and earlier this year, he was elected as the president.

“Since the stadium is becoming home to so many tournaments now, we have put in a request to All India Football Federation (AIFF) and allow us to upgrade the stadium and make it compliant with the norms of AFC. Our aim is to make Mumbai the home of Indian Football and this is just another step for the same,” said Henry Menezes, CEO of Western India Football Association.

The seats that can be accessed are around 8,000 but with the refurbishments coming along, the stadium could reach a capacity of around 20,000. The Andheri stadium also played host to the Brazil, New Zealand and England Under-17 teams for practice matches prior to the World Cup. After these games, the authorities were confident about upgrading the facilities.

“The crowd has started coming in number especially when India played Mauritius and St Kitts & Nevis in the tri-nation cup. Mumbai has the passion for the sport. As an ex-footballer, I can feel it myself,” says Menezes.

Facilities including a press box for the media and converting the seats will be the major areas of development as informed by the authorities.

Menezes also points out the lack of enthusiasm in New Delhi for football despite the capital showing a positive response to the U-17 World Cup. “The Indian team has played a few games in Delhi as well but the passion is low. (Here) the fans know the players well, they have chants for them, and this kind of zeal is not there in every city,” he asserts.

Mumbai City FC will play their first match at the Mumbai Football Arena on November 25 and host all the remaining games of the Indian Super League club. The Ranbir Kapoor-owned club played their previous season there as well. With the news of another upgrade coming in, the fans can expect a great deal of football in the coming years.