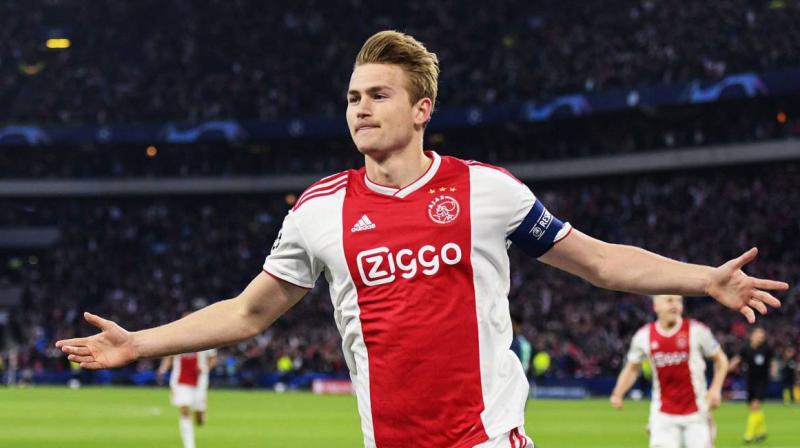 De Ligt broke into the Ajax first team aged 17 in 2016, becoming a regular starter the following season and soon became the most coveted defender in Europe (Photo: AFP)

According to the report, Juventus will pay 62 million pounds (USD 78.99 million) for the Ajax captain, 19, who was one of the key players in the Dutch side’s thrilling run to the Champions League semi-finals.

De Ligt said earlier this month that he was asked about a move to Juventus by Cristiano Ronaldo at the end of the Nations League final after Portugal beat the Netherlands 1-0.

“I didn’t understand him at first. I was a little shocked, so I laughed. But I didn’t say anything,” De Ligt had told the Netherlands’ NOS television.

“So soon after the game, you are not at all concerned with it. You are disappointed that you have lost and that is the only thing you are thinking about.”

Spanish media reports had said the highly-rated player was expected to join Barcelona and link up with Ajax’s Frenkie de Jong, 22, who is set to move to Spain next month.

De Ligt broke into the Ajax first team aged 17 in 2016, becoming a regular starter the following season and soon became the most coveted defender in Europe thanks to his strength, anticipation and ability on the ball.