Both Paolo and Daniel are well and have already completed two weeks at home without contact with others, says the club 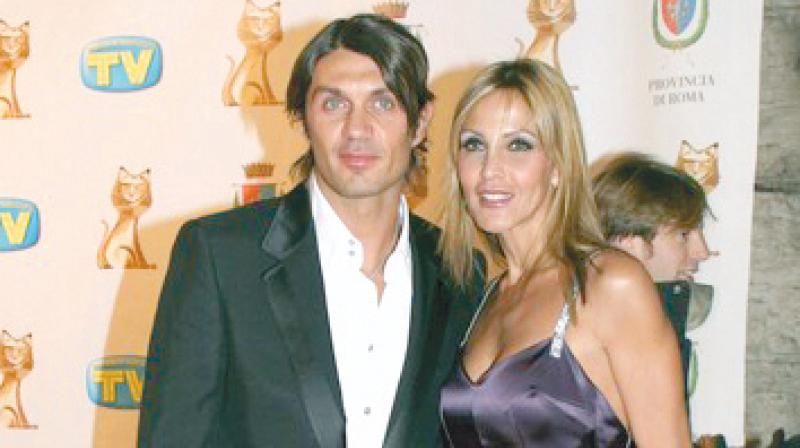 Paulo Maldini, who was known for handsome looks, flowing locks and easy style of play, with his wife. DC File Photo

The club siad, Maldini, who is the Italian club's technical director, "became aware of contact with a person who subsequently tested positive for coronavirus and began to display symptoms of the virus himself.''

Milan adds that Maldini was "administered with a swab test'' on Friday and the result came back positive.

Paolo Maldini retired from playing in 2009 after helping Milan to five European Cup and Champions League titles and seven Serie A championships.

The club says that Maldini's 18-year-old son, Daniel, who recently made his Serie A debut for Milan, also tested positive.

Milan says that Paolo and Daniel Maldini "are both well and have already completed two weeks at home without contact with others. They will now remain in quarantine until clinically recovered, as per the medical protocols outlined by the health authorities.''

More than a dozen Serie A players have tested positive.