ISL: Bengaluru stroll past Goa to end up top again

Both sides had their chances to go ahead in the first half but could not capitalize in the final third. 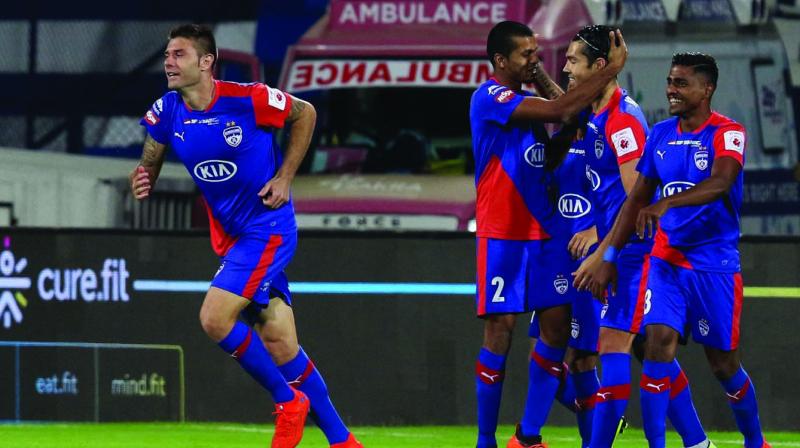 BENGALURU: Bengaluru FC roared back into form dispatching FC Goa  3-0 in the Indian Super League at the Sree Kantereva Stadium on Thursday. Juanan and Udanta Singh were on target as Bengaluru FC put on a commanding display and Miku scored soon after to put the tie behind a struggling Goa.

Carles Cuadrat made two changes to the side that lost to Delhi Dynamos. Dimas Delgado was handed the captaincy with Sunil Chhetri being omitted from the matchday squad. The West Block Blues paid tribute to the martyred soldiers who were ambushed in Pulwama last week. A banner was unfurled that read ‘In Pulwama you were martyred, in our hearts, you live forever’ which was followed by an emotional rendition of the national anthem prior to kick-off.

Bengaluru started brightly in the second half and took the lead through Juanan as the Blues made the most out of a set piece. Udanta Singh latched onto a pass from Dimas and drilled it past to double the lead. Miku slammed home first goal since return.