He further added that the players who were struggling could come to the front and take on their respective roles. 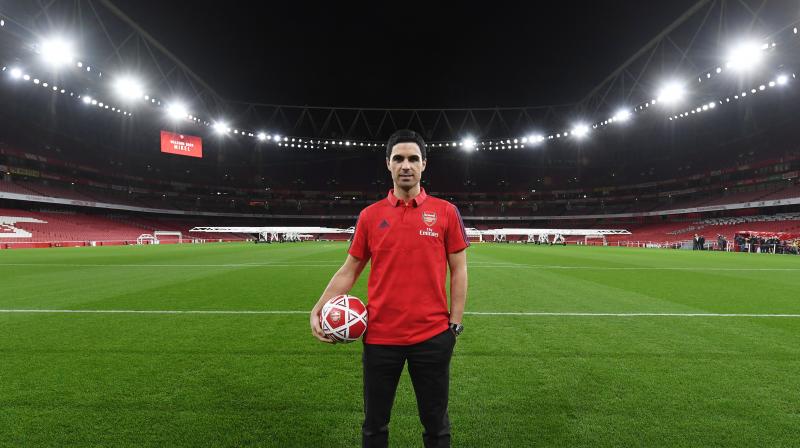 During his playing days, Mikel Arteta played 150 matches for Arsenal and scored 16 goals for the side. He also managed to win two FA Cups with the team. (Photo: Twitter/ Arsenal)

London: Newly appointed Arsenal head coach Mikel Arteta said that he wants to change certain things in the club as some players' outcome is not as expected.

"There are things to change, absolutely, because they're not performing at the level that we expect them to. I will have to help them and to help them I need to know what's happening, I need to understand how they're feeling, what they're lacking," Goal.com quoted Arteta as saying.

He further added that the players who were struggling could come to the front and take on their respective roles.

"I don't want them hiding, I want people to take responsibility for their jobs and I want people who deliver passion and energy in the football club," he added.

During his playing days, Arteta played 150 matches for Arsenal and scored 16 goals for the side. He also managed to win two FA Cups with the team.

"I want to do things my way but by convincing them that's it's the right way for everybody to live better. Everybody has to respect each other first of all, and I want people who are accountable for what I'm asking for them to do," Arteta said.

"If I get to reach that point, then I can help them. Then they will trust me and then they will follow me," he added.

On November 29 this year, Arsenal had sacked head coach Unai Emery and his coaching team after the club's below-par performance in the ongoing Premier League.

Arsenal is currently placed at the tenth position in the Premier League standings with 22 points from 17 matches.

They will next face Everton on Saturday, December 21.