Arteta had previously played for the club from 2011-2016 and has now signed a three-and-a-half-year deal with Arsenal. 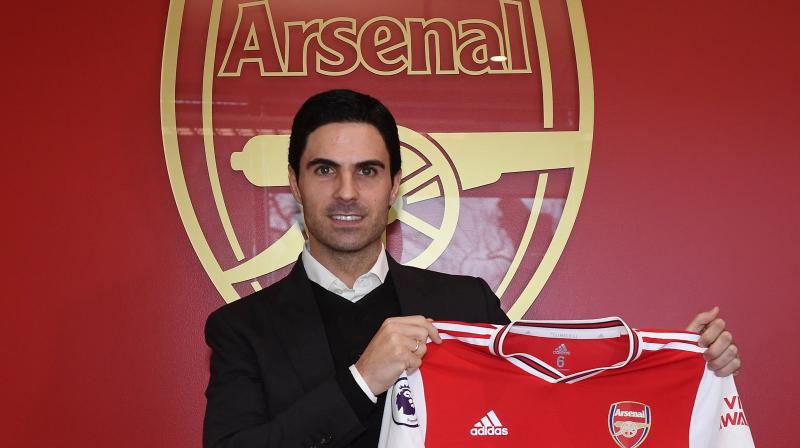 England football club Arsenal on Friday confirmed the appointment of Mikel Arteta as the new head coach of the side. (Photo: Twitter/ Arsenal FC)

London: England football club Arsenal on Friday confirmed the appointment of Mikel Arteta as the new head coach of the side.

Arteta had previously played for the club from 2011-2016 and has now signed a three-and-a-half-year deal with Arsenal.

"This is a huge honour. Arsenal is one of the biggest clubs in the world. We need to be competing for the top trophies in the game and that's been made very clear to me in my discussions with Stan and Josh Kroenke, and the senior people from the club," Arteta said in an official statement.

"We all know there is a lot of work to be done to achieve that but I am confident we'll do it. I'm realistic enough to know it won't happen overnight but the current squad has plenty of talent and there is a great pipeline of young players coming through from the academy," he added.

During his playing days, Arteta played 150 matches for Arsenal and managed to score 16 goals for the side. He also managed to win two FA Cups with the side.

On November 29 this year, Arsenal had sacked head coach Unai Emery and his coaching team after the club's below-par performance in the ongoing Premier League.

Arsenal is currently placed at the tenth position in the Premier League standings with 22 points from 17 matches.

The side will next face Everton on Saturday, December 21.