My decisions are clear: Costa

The hosts could have scored three, had Lucian Goian not missed a penalty kick towards the end of the match. 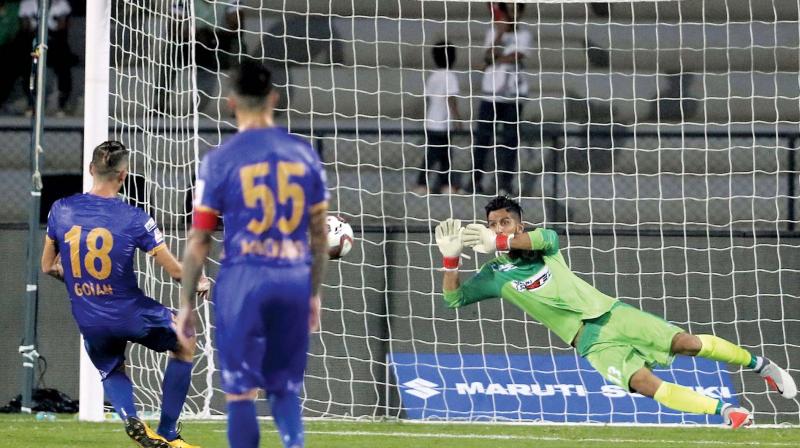 Jorge Costa has been Jose Mourinho’s protégée and it is no wonder he likes to take charge of things. The current Mumbai City FC gaffer Costa was Porto captain in 2004 that won the UEFA Champions League under Mourinho.

On Friday after first win of the season, he made it clear that he is the boss of the team and players have to follow his instructions. The Islanders broke the three-match jinx in Maharashtra Derby against FC Pune City with comfortable 2-0 win at Mumbai Football Arena. The hosts could have scored three, had Lucian Goian not missed a penalty kick towards the end of the match.

It brought memory of recent Premiership match between two title contenders Manchester City and Liverpool. Riyad Mahrez stepped up to take penalty in the 86th minute after Virgil van Dijk brought Leroy Sane down in the box — because the champions’ regular taker Sergio Aguero has already been substituted. Mahrez kicked it wayward and the match ended in goalless draw.

However, Mumbai City were comfortably placed at 2-0 when Arnold Issoko was brought down in the box by Gurtej Singh in the 90th minute and Goian took the kick after bit of discussion with players. Goian kicked the ball from the spot but Pune City goal keeper Vishal Kaith anticipated it right and brought a good save to deny hosts third goal. Incidentally Brazilian striker Rafael Bastos had taken the penalty successfully in first half but had been substituted when the second opportunity came the Islanders way.

“Rafael Bastos is my first choice to take penalty and since he was substituted Lucian is the second in my list. With me things are clear, I am the boss and I take the decision and players follow  it,” he said.

Regarding Paulo Machado leading the side in place of regular skipper Goian, Costa was again clear in his thought.

“It was Machado leading the side today because he is one of my captain. He can lead in next match as well while in game somebody else. I have a team and I have some captains and this is my decision,” he added.

This was Mumbai City FC’s first win of the season and Costa was happy with the team played especially in the first half.

“The first half was good. We did better things with the ball compared to the other two games. I asked the players to have a good defensive organisation in the second half and to have the ball but we did not. I think as a team we were much more aggressive without the ball. We are still building this team with a lot of new players and we don’t have a lot of time. I know it’s not easy because we are playing for three points. But I believe we can do better than the last three games,” Costa said.

The Stallions coach Miguel Portugal rued missed chances. “Well, in general, I think we deserved more. We had a lot of chances to score a goal but today was not our day. We made mistakes with the first and second goal and those decided the match," Portugal explained.