Warda was kicked out of Egypt's squad over multiple claims of sexual misconduct that surfaced online in June. 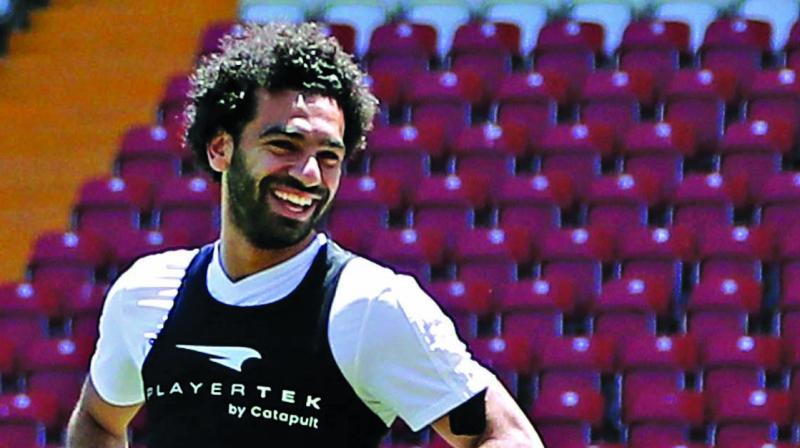 After Salah sent controversial tweets that demanded the disgraced Warda be given a "second chance" during this year's Africa Cup of Nations held in Egypt, Salah directly addressed his revised stance.

"What I meant to say is that (sexual harassment) happened before and is happening now. He has to get treatment or rehabilitation just to make sure that it is not going to happen again," Salah told CNN.

Warda was kicked out of Egypt's squad over multiple claims of sexual misconduct that surfaced online in June but was reinstated at the request of his team-mates.

Salah denied having a role in Warda rejoining the team. His wide-ranging interview, which also took shots at Egypt's football federation, attracted both supportive and critical reactions.

One Egyptian tweeted "Salah is lying... he did have a direct role in bringing Warda back to the team. He supported him with this tweets". Another young woman enthusiastically posted "we love and support you Mo Salah!".

The EFA board tendered its resignation after highly-fancied Egypt crashed out of the tournament at the last-16 stage following a 1-0 defeat to South Africa, a match in which Warda played.

Salah, who helped Premier League giants Liverpool win the Champions League in June, reiterated in the interview that "my position is still the same... the people misunderstand what I am saying".

The outcry on social media is still raging though.

One woman criticised how Salah had handled the scandal differently for Egyptian and international audiences.

"What a pathetic attempt to save your image in the West, sexual harasser supporter. You're not fooling anyone but your fans who were already looking the other way," she posted on Twitter.