Southgate said he was happier to take the blow rather than one of his players. 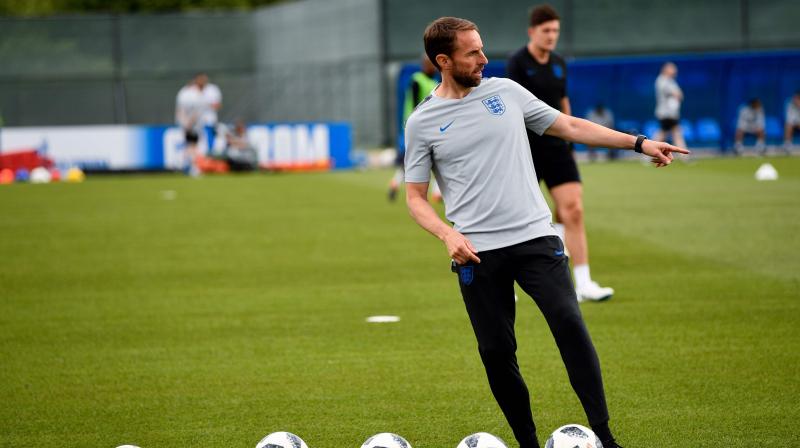 Gareth Southgate admitted his World Cup celebrations will be more muted for the remainder of the tournament. (Photo: AFP)

Repino: England's players got a bit of a surprise when they arrived for a team meeting at their World Cup base on Wednesday: Their coach had his right arm in a sling. Gareth Southgate dislocated his right shoulder while out running during England's scheduled day off from training and was taken to the hospital by a team doctor.

"It is better this is me than one of the players," Southgate said. "They were a bit surprised in the team meeting and were asking, 'What have you been doing?' As always, they were probably quite amused."

England won its opening group game 2-1 against Tunisia on Monday, with Southgate celebrating a late winner by Harry Kane by punching the air in delight.

"I might not be celebrating any goals as athletically in future," said Southgate, who was in jovial mood discussing his injury. "I am just a bit gutted because I was on for my record 10-kilometer time." England's next game is against Panama on Sunday.