Sandesh Jhingan was handed the captains arm band of the side in absence of regular skipper Sunil Chettri. 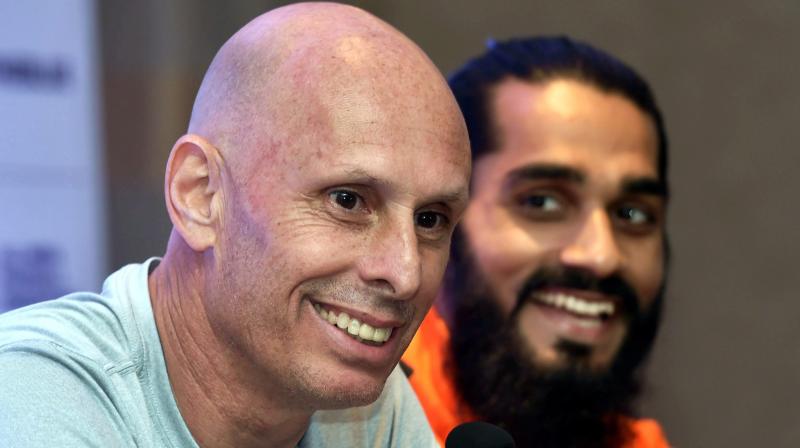 Mumbai: India head coach Stephen Constantine praised captain Sandesh Jhingan for his performance against Mauritius, saying that the defender should get chances in foreign leagues.

The Indian football team came from behind to beat Mauritius  2-1  in the first game of the Tri-Nation Cup held at the in Andheri Sports Complex, in Mumbai.

Goals in each half  from strikers Robin Singh and Balwant Singh sealed the deal for India. The only goal for Mauritius came from their mid fielder Jean Mervyn Jocelyn .

Speaking on Mauritius' performance coach Joaquim Filho  said  "It was a pleasent game, our players played really well but India played well in second half and troubled us. Our players also got tired in second half, but I am happy with team's performance."

India coach Stephen Constantine praised Mauritius performance he saying, "I knew they can play like this, they perhaps coud have played better,they passed the ball really better."

The coach was pleased with teams performance he said "We were fortunate to get the equaliser. We made changes during half time and  the boys played well in second half. We deseerved to win."

The  coach was full of praises for striker Balwant Singh, who opened the scoring for India; he said, "Balwant was superb, he ran himself to the ground."

Sandesh Jhingan  was handed the captains arm band of the side in absence of regular skipper Sunil Chettri. Speaking abut the new captain he said, "Sandesh is a player who should be playing in bigger league. He is a fighter  and leads by example."

India will next play St Kitts and Nevis in their final match of the tournament.