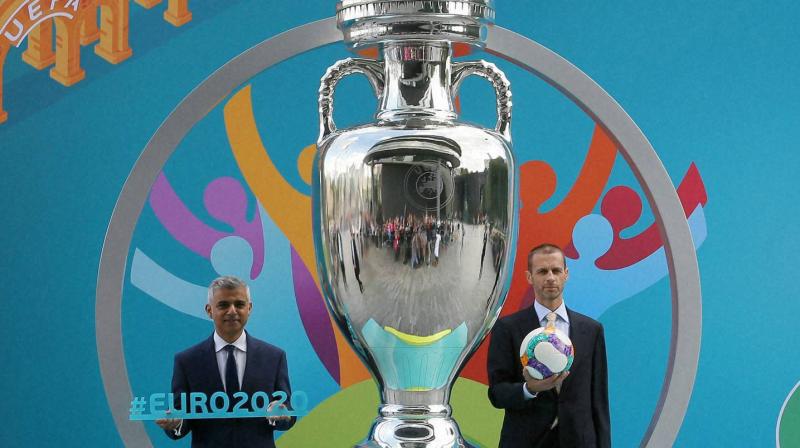 Tickets will be sold on euro2020.com/tickets in the month-long first phase of sales beginning June 12, where 1.5 million tickets will be made available to the public. (Photo: AP/PTI)

Almost 2.5 million tickets, more than the total available for the whole of the 2016 edition, have already been reserved for fans of participating teams and the general public.

One million tickets will be available for 50 euros (USD 55.78) or less across 44 games of next year’s tournament, which runs from June 12-July 12 and will be played across 12 cities for the first time to mark the 60th anniversary of the competition.

A total of 40,000 tickets under 100 euros will be available for the semi-finals and final at London’s Wembley Stadium, while UEFA will reserve tickets at every game for disabled fans at the lowest prices regardless of their location in stadiums.

Tickets will be sold on euro2020.com/tickets in the month-long first phase of sales beginning June 12, where 1.5 million tickets will be made available to the public.

The second phase of sales will begin in December after the final tournament draw takes place on Nov. 30, with 1 million tickets on offer for fans of participating nations.

Another phase will follow in April 2020 as the remaining four teams to qualify for the 24-team tournament will be determined after the European qualifying playoffs.