Mbappe signed for PSG in a 166 million pound deal in 2017, which was initially arranged as a loan. 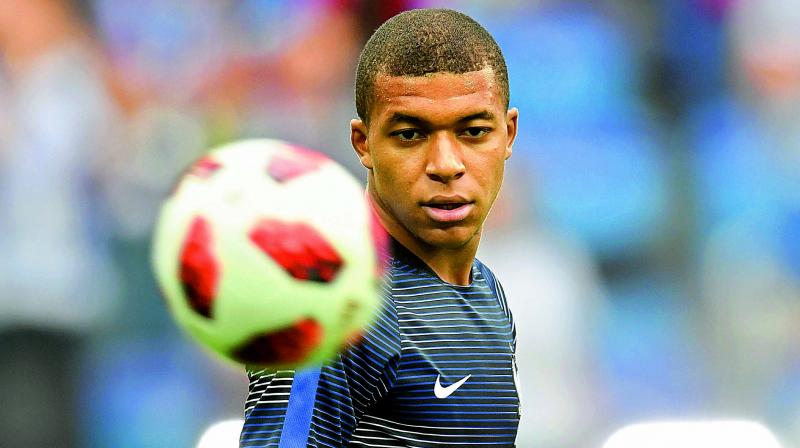 Mbappe was awarded the Ligue1 player of the year award due to his phenomenal performance this season, managing to score 38 goals in 42 games for the club. (Photo: AP)

Kylian Mbappe stunned the crowd and PSG’s manager Thomas Tuchel by dropping hints about leaving the club at the Ligue 1 awards night.

Mbappe was awarded the Ligue1 player of the year award due to his phenomenal performance this season, managing to score 38 goals in 42 games for the club.

Mbappe stated about moving on to a new project if he gets the chance to do so when he was asked to comment on PSG’s shock defeat to Manchester United in the Champions League.

"Of course there have been lots of disappointment this season but that is part of football," said Mbappe on stage. He was sharing the podium with Chelsea legend Didier Drogba.

"This is a very important moment for me, I am arriving at maybe the first or second turning point in my career.” Added the 20-year-old.

PSG boss Thomas Tuchel, who was present in the audience reacted with a surprised expression on Mbappe’s words.

As reported by Mirror, World Cup winner Mbappe then doubled down on his words when speaking to reporters after the ceremony. "I said what I had to say," he said.

"When you are in such an occasion you can send messages, I think I have sent mine. If I speak more it will be too much and that is not the message I wish to send,” added Mbappe.

Mbappe signed for PSG in a 166 million pound deal in 2017, which was initially arranged as a loan. Real Madrid is known admirers of the 20-year-old and is sure to have been made aware of the comments.