However, there is no timetable or any other detail about when practice would resume 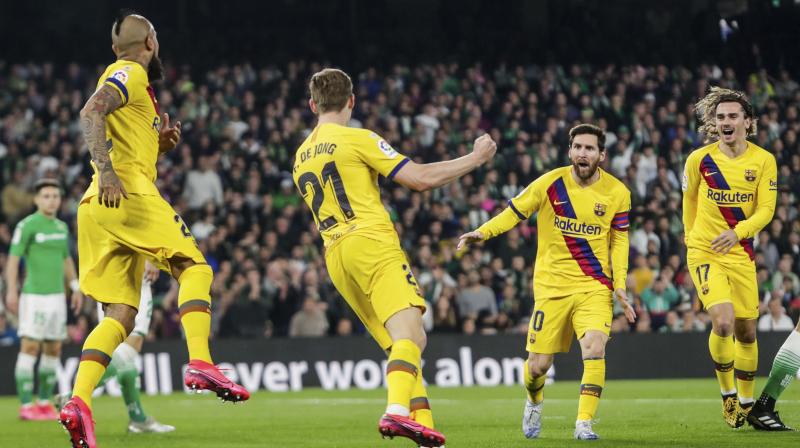 Lionel Messi and his Barcelona teammates against Seville. AP Photo

Madrid: The Spanish government says it has reached a deal with the country's soccer league and federation for teams to return to practice.

The government has not provided a timetable or given any other detail about when practice would resume. It says it will depend on the evolution of the coronavirus pandemic and on decisions by health authorities.

The government says strict protocols will have to be followed when teams begin training again. The Spanish league and the federation have created health protocols for the return to training.

The league says the competition is not expected to resume until the end of May at the earliest and games will be in empty stadiums at first.

Government officials and the presidents of the league and the federation met for nearly eight hours this weekend.