Sports   Football  20 Mar 2020  Some Spanish clubs give away their virus tests kits to the needy
Sports, Football

The league last week offered some 500 test kits to its teams, prioritizing those that recently traveled to high-risk areas 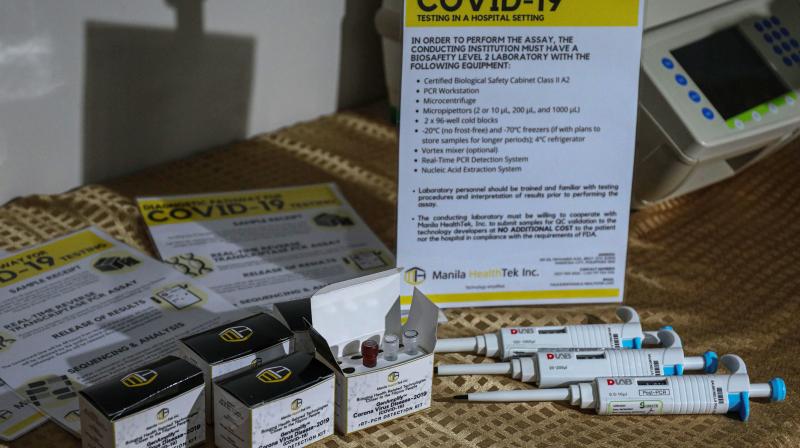 The UP Test Kit for COVID-19 coronavirus. AFP Photo

Madrid: Some soccer clubs in Spain have decided not to use the coronavirus testing kits offered to them by the Spanish league, saying there are others who need them more.

The league last week offered some 500 tests to its teams, prioritizing those that recently traveled to high-risk areas or already had players infected.

Celta Vigo said Thursday it wouldn't use the tests because it ``there are other groups in greater need'' for them in Spain.

Valladolid said it would not test its players at the moment, since none of them have shown symptoms. Team spokesman David Espinar said the tests should be prioritized for other people in the country, which is struggling to battle the pandemic.

Spain has more than 17,000 people infected with the virus. Nearly 770 people have died and more than 930 were in intensive care.

First-division club Alaves on Wednesday said it had 15 people infected -- three players, seven members of its coaching staff and five other employees.

Valencia and Espanyol also were hit by the virus. Valencia said 35% of its squad and coaching staff were infected, while Espanyol said six members of its team and staff had the virus.