'More time for wives, families', says Mueller after being axed from German squad

Joachim Loew's decision to get rid of the three World Cup winners has attracted widespread criticism. 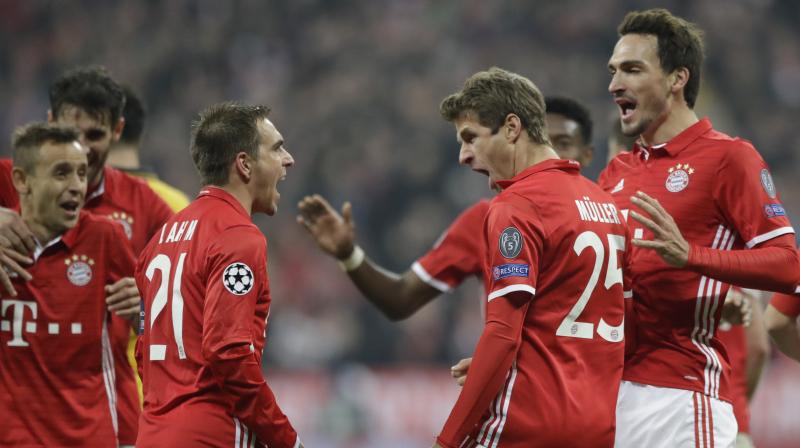 Last weekend, Mueller admitted that it would be a strange feeling to watch the national team from the sofa. (Photo: AP)

Berlin: Former Germany star Thomas Mueller has said that he is looking to the future after his exclusion from the national team under coach Joachim Loew.

Mueller and his Bayern Munich team-mates Jerome Boateng and Mats Hummels were all ruled out of Loew's future plans in a shock announcement earlier this month. The coach's decision to get rid of the three World Cup winners has attracted widespread criticism, but Mueller says he is putting the disappointment behind him as he prepares for life after Loew.

"It obviously came as a negative surprise," Mueller told Sport Bild on Wednesday. "But it's important to look forwards, not just in sport, but in life in general." Germany are set to face Serbia in a friendly on Wednesday before opening their Euro 2020 qualifying campaign against old rivals the Netherlands in Amsterdam on Sunday.

Last weekend, Mueller admitted that it would be a strange feeling to watch the national team from the sofa. "It feels like the first time in my life that I have had an international break," said Mueller on Sunday after Bayern's 6-0 rout of Mainz in the Bundesliga.

"The three of us now have more time for our wives and families," he added. Yet he also insisted that he had not given up hope of playing for Germany again in the future. "What happens in one or two years or at some point down the line will depend on the performances of individual players," he said.