Legendary Manchester United defender Nemanja Vidic will be in Mumbai for a discussion on football in India. 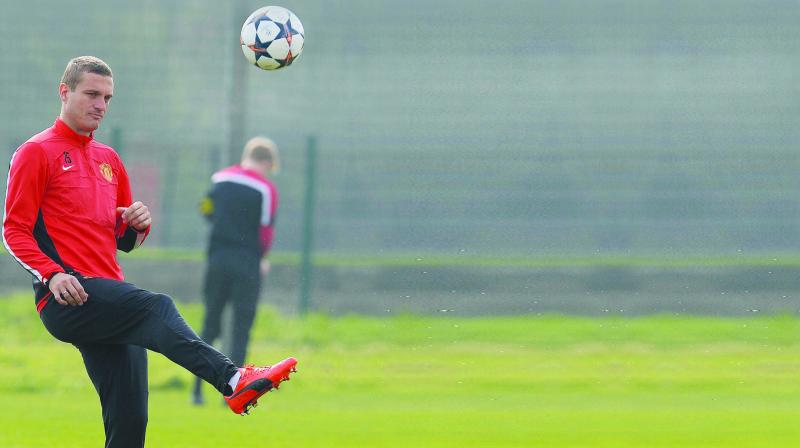 Masters, on his part, has been giving PL fans in India a taste of the competition, with a PL Live event held in the country last year.

Former Manchester United defender Nemanja Vidic will arrive in the city for a two-day conference for the third edition of The Football Movement. The event is scheduled to be held on February 22 and 23. The UK Department for International Trade (DIT) together with the Premier League (PL) and India On Track  (IOT) are bringing PL, Indian football clubs, sports organisations and businesses together to talk on the topic of commercial sustainability and growth of football in India’.

Says the legendary Serbian footballer, “It is clearly an exciting time for football in India at the moment. As a professional footballer, I saw first hand not just the passion for the PL, but also how football can positively impact communities around the world. I am looking forward to bringing some of my own PL experiences to The Football Movement conference next week.”

A former captain at Manchester United, Vidic established himself at Red Star Belgrade during the early 2000s before he moved to Spartak Moscow in the summer of 2004. After continuing to impress, Vidic moved to Manchester United in January 2006, forming a prominent defensive partnership with Englishman Rio Ferdinand.

The two-day conference Vidic is to be a part of, will feature keynote speakers including PL managing director Richard Masters, the director general of UK Department for International Trade, India and South Asia, and representatives of the Indian Super League (ISL), PL clubs and the All India Football Federation (AIFF).

The Indian delegates will include decision-makers from leading corporate, brands and the football industry itself, clubs, league and federation representatives, broadcasters as well as officials of relevant government bodies. From the UK, the PL will lead the delegation alongside representation from some clubs, as well as industry experts.

Masters, on his part, has been giving PL fans in India a taste of the competition, with a PL Live event held in the country last year.

“The continued popularity of the ISL, the success of the recent U17 FIFA World Cup, as well as the millions of passionate PL fans demonstrate the growing interest in football in India,” says Masters. “We work extremely closely with the ISL, AIFF and other organisations to support the development of the game at all levels. I have no doubt that this year’s event will see productive sessions that address how to maintain a continued growth of the game both on and off the pitch,” he adds.

The delegation that arrives from the UK also includes senior management from football clubs like Southampton F.C. and Brighton & Hove Albion F.C.

The Football Movement is also part of the UK/India Year of Culture 2018, a major celebration of bilateral cultural exchange, jointly organised by the UK government and Government of India.