The Blue Tigers have been playing regularly since the 2019 Intercontinental Cup in July. 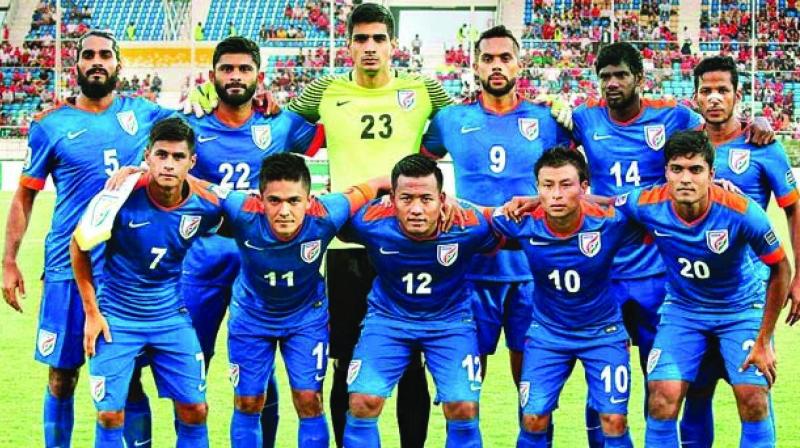 India is playing alongside Oman, Qatar, Bangladesh and Afghanistan in Group E of the qualifying tournament. (Photo: File)

Zurich: The Indian football team has dropped one spot to 104 in the latest FIFA rankings which were revealed on Thursday.

The Blue Tigers have been playing regularly since the 2019 Intercontinental Cup in July. The side last played in the 2022 World Cup and 2023 AFC Asian Cup second round joint preliminary qualifiers.

India is playing alongside Oman, Qatar, Bangladesh and Afghanistan in Group E of the qualifying tournament.

Qatar's ranking has not changed and the side is placed at the 62nd position.

Meanwhile, Oman's 2-1 win against India has helped them gain three places to reach the 84th spot.

Belgium has maintained its top spot in the rankings, while France has surpassed Brazil to reach the second spot.

India will next take on Bangladesh on October 15 in the qualifying tournament for FIFA 2022 World Cup.

After the match against Bangladesh, the side will take on Afghanistan on November 14.