Borussia Dortmund's Marco Reus has revealed that the 52-year-old was one of the reasons he joined the club. 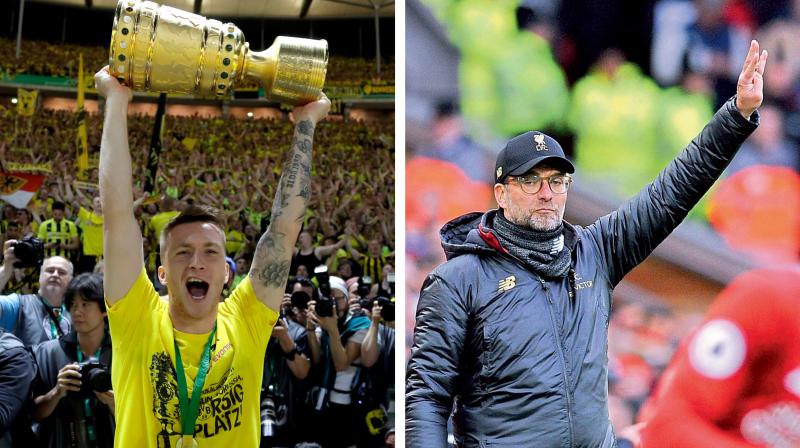 Marco Reus also stated that Juergen Klopp has a 'special way' of carrying out things and can make the players better. (Photo:AP)

Leeds: Borussia Dortmund's Marco Reus, while recalling his time with current Liverpool boss Juergen Klopp, has revealed that the 52-year-old was one of the reasons he joined the club.

"If Juergen sits in front of you with his aura, with his aggressiveness, which he radiates even when speaking, with his size, then that is quite impressive," Goal.com quoted Reus as saying.

"Even the way he talks to you - this is rarely the case in professional business. He pulls you under his spell and will not let you go. I left the conversation with a fluttering heart," he adds.

"He was definitely one of the reasons why I signed for Dortmund," said Reus, who spent three years with Klopp at Borussia Dortmund before the latter made an exit in 2015.

Reus also stated that Klopp has a 'special way' of carrying out things and can make the players better.

"Shinji Kagawa signed for Manchester United that year, I was the substitute. We talked about what position he sees me in and in which areas I can improve myself," he said.

"Juergen can develop players and make them better. That is a very important factor. He has a special way, in training and personal interaction," he added.