The French football legend who led European football's governing body from 2007 to 2015 was held on Tuesday. 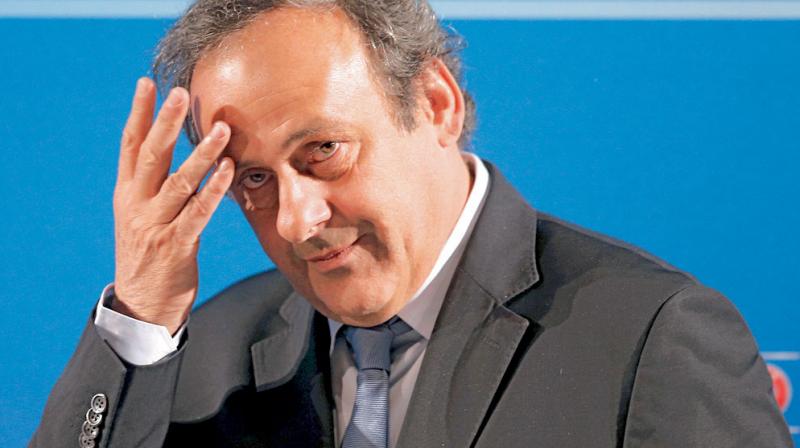 Michel Platini, 63, looked drawn as he left the police anti-corruption office in Nanterre in the western Paris suburbs.

Nanterre: The banned ex-UEFA chief Michel Platini was released from custody on Wednesday after hours of questioning in connection with a criminal investigation into the awarding of the 2022 World Cup to Qatar.

The French football legend who led European football's governing body from 2007 to 2015 was held on Tuesday by French anti-corruption police investigating alleged corruption in the 2010 vote to award the competition to the gas-rich Gulf state.

He denied wrongdoing and a statement from his representatives said the facts of the case were "unknown to him."

In the early hours of Wednesday, Platini's lawyer William Bourdon said he had been released without charge, adding that there has been "a lot of fuss over nothing".

Platini, 63, looked drawn as he left the police anti-corruption office in Nanterre in the western Paris suburbs.

The decision to name Qatar as 2022 World Cup hosts triggered allegations of corruption that ultimately sparked FIFA's worst ever scandal.

France's Office of the Financial Crimes Prosecutor (PNF) opened a preliminary investigation in 2016 into allegations of corruption, conspiracy and influence peddling surrounding the Qatar vote and also the awarding of the 2018 World Cup to Russia.

According to Sepp Blatter, the FIFA president at the time, Qatar won hosting rights as a result of a deal with France, derailing FIFA's own "diplomatic arrangement" whereby hosting rights would have gone to Russia in 2018 and then to the United States four years later.

According to France Football magazine, a "secret meeting" took place on November 23, 2010, at the Elysee Palace in Paris between Sarkozy, Qatar's then-Prince (now Emir) Tamim bin Hamad al-Thani, and Platini, who at that time was both UEFA president and vice-president of FIFA.

Just over a week later, FIFA voted to award Qatar hosting rights for the 2022 tournament.

Platini dismissed Blatter's allegations as a "tissue of lies" and denies he was influenced by Sarkozy, whose advisor for sport, Sophie Dion, was also held for questioning Tuesday along with the former French captain.

Platini's representatives said in a statement: "He has done absolutely nothing wrong and affirms that he is totally unrelated to the facts (of the case) which are unknown to him."

Lawyer Bourdon denied that the three-time Ballon d'Or winner had been placed under arrest by the police, as first reported, saying that he had been questioned "as a witness".

Claude Gueant, Sarkozy's erstwhile chief of staff and former interior minister, was also called in for questioning Tuesday by France's Anti-Corruption Office of the Judicial Police.

The decision to award Qatar football's highest-profile tournament ultimately sparked a wider fraud probe that led to the overthrow of Blatter and Platini and the arrest of a series of senior FIFA figures.

Platini led UEFA until 2015 when he was banned from football for four years for ethics violations including receiving a two-million Swiss francs (1.8 million euros, USD 2 million) payment from Blatter, who was suspended for six years.

Qatar has been accused of buying votes in its bid to stage the World Cup and a subsequent report by US independent investigator Michael Garcia unearthed an array of suspect financial dealings, many linked to Sandro Rosell, the ex-Barcelona president who served as a consultant for Qatar.

Platini was expected to succeed Blatter as FIFA president in 2016 before his fall from grace. He has been battling to clear his name ever since.

Blatter told AFP he was "completely surprised" at Platini's questioning by police, adding that "this won't help him" coming as it does months before the end of his ban.

"With this story resurfacing at a time when the international media are in France for the Women's World Cup and three months before the end of his suspension it's astonishing and fodder for the media," Blatter said.