The 30-year-old defender twice won the Bundesliga title with Dortmund before joining Bayern for 35 million euros in 2016. 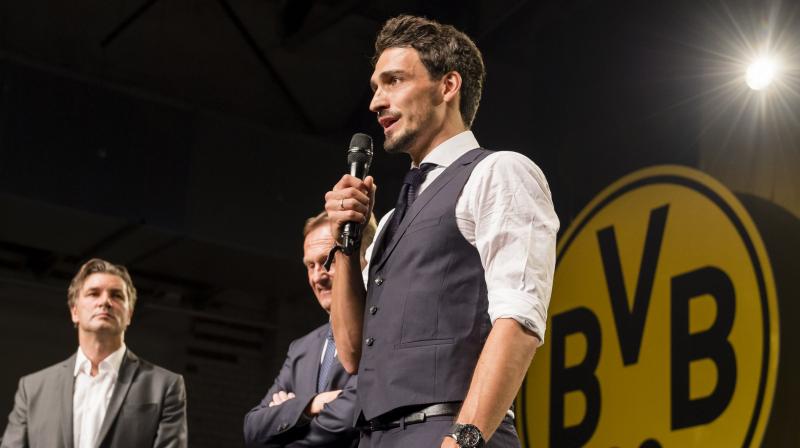 After Arjen Robben, Franck Ribery and Rafinha, Hummels is the latest senior player to leave Bayern in 2019. (Photo: Borussia Dortmund/Twitter)

Berlin: Bayern Munich confirmed on Wednesday that veteran defender Mats Hummels is to rejoin Borussia Dortmund, as Bayern continue to overhaul their squad ahead of next season.

The 30-year-old defender twice won the Bundesliga title with Dortmund before joining Bayern for 35 million euros in 2016.

He has since made 118 appearances for Bayern in the last three years, winning three Bundesliga titles and the domestic double in 2019.

After Arjen Robben, Franck Ribery and Rafinha, Hummels is the latest senior player to leave Bayern in 2019.

Despite solid performances in 2018/19, Hummels' future in Munich was thrown into doubt after Bayern made two high-profile defensive signings as part of their major squad overhaul ahead of next season.

Dortmund, meanwhile, have been on the lookout for an experienced defender after nervy performances at the back cost them crucial points in a nail-biting Bundesliga title race last season.

Dortmund also appeared to confirm the transfer on Twitter, posting an emoji of a bumble bee, the German word for which is "Hummel".