Mexico next face South Korea on June 23, which will be followed with a clash against Sweden on June 27. 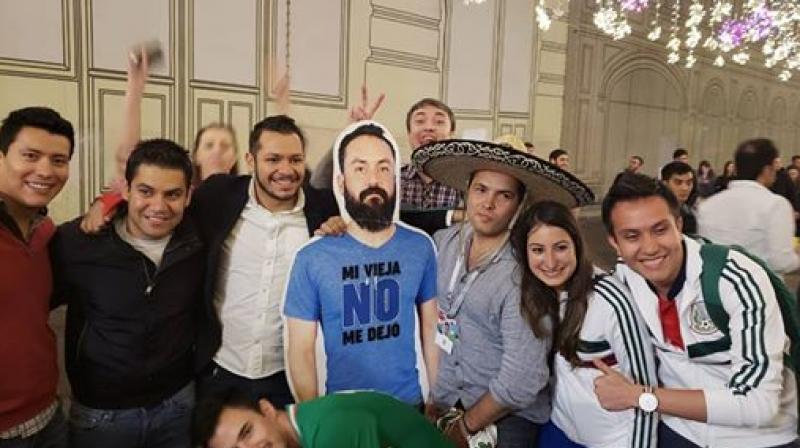 Moscow: The FIFA World Cup 2018 in Russia is alive and kicking, and there have already been some shocking results, including Germany’s loss to Mexico in their opener.

Travelling to a tournament like the World Cup needs advance and detailed planning.

Well, that was exactly what a group of five Mexican friends did back in 2014, when they had set up a plan to travel to Russia.

However, their plans took a hit when one of their friends, Javier’s, wife stopped him from travelling to the big event. But, this was not an obstacle as his friends created a life-size cardboard cut-out of Javier, thereby imagining that their friend is travelling with them.

Recently, Clifin Francis, a die-hard football fan from Kerala travelled all the way to Russia via a cycle to witness the match between France and Denmark and also to get his cycle signed by FC Barcelona and Argentina superstar Lionel Messi.

Mexico next face South Korea on June 23, which will be followed with a clash against Sweden on June 27.