Manchester City's David Silva is among dozens of English Premier League and across Europe, whose contracts are due to expire on June 30 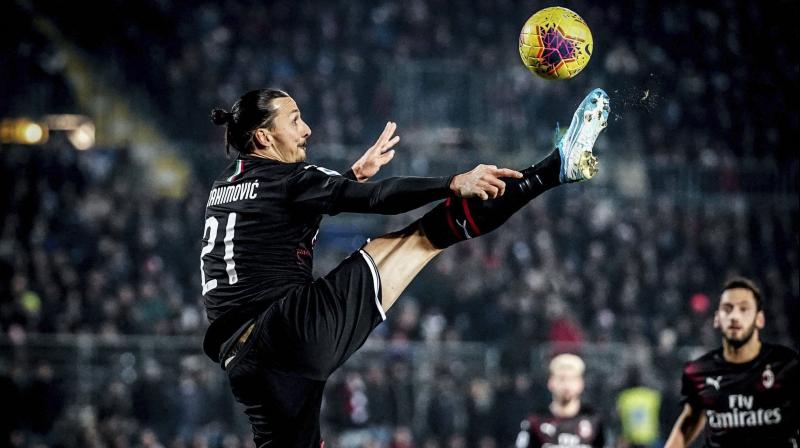 Milan's Zlatan Ibrahimovic during a Serie A match against Brescia. AP Photo

London: It was the dream scenario for David Silva at the end of his trophy-filled, decade-long career at Manchester City.

Picture it: "El Mago'' (the Magician), as fans fondly refer to perhaps the club's greatest player, holding aloft the Champions League trophy -- the big piece of silverware to elude him and his team -- after his final game for City. What a way to go.

The rapidly spreading coronavirus might have put an end to those hopes.

Silva is among dozens of English Premier League players, and hundreds of players across Europe, whose contracts are due to expire at the end of this season. June 30, to be specific.

Except the suspension of the Premier League -- and almost every other domestic league across the globe -- and the uncertainty over when they will resume means there's no knowing when the 2019-20 soccer season will actually end. It might not even be in 2020.

It means one of the most significant questions during soccer's current paralysis is how the sport deals with players whose contracts are about to expire.

Will Silva, for example, even be at City when this season ends, if it ever does?

"As with every section of society, there is a sense of great uncertainty about what's to come," said James Skelland, a football agent at YMU Sport.

As part of its effort to find some solutions amid a virus outbreak that has plunged soccer into one of its biggest crises, FIFA is creating a working group to assess any "necessary amendments or temporary dispensations'' to rules regarding the status of players and the transfer window which reopens on July 1.

Any emergency measures will aim "to protect contracts for both players and clubs and adjusting player registration periods,'' FIFA said.

On Tuesday, soon after pushing back the European Championship from mid-2020 to mid-2021, UEFA -- European soccer's leadership -- announced a working group to examine the fallout of soccer's current suspension. Player contracts will surely be among the topics.

The talks will not be straightforward, with Skelland describing it as a "very complicated situation.''

Most soccer seasons in Europe run from July 1 to June 30. Some northern countries have leagues run from April into November to avoid severe winter weather.

Players who will out of contract at end of season

Spain: Alphonse Areola (on loan at Real Madrid from PSG).