Sports   Football  19 Mar 2020  Serie A is expected to have a May return, says Italian FA boss
Sports, Football

Serie A is expected to have a May return, says Italian FA boss

'If it's impossible to use all the windows as planned, we will resort to a change in the format of the competitions' 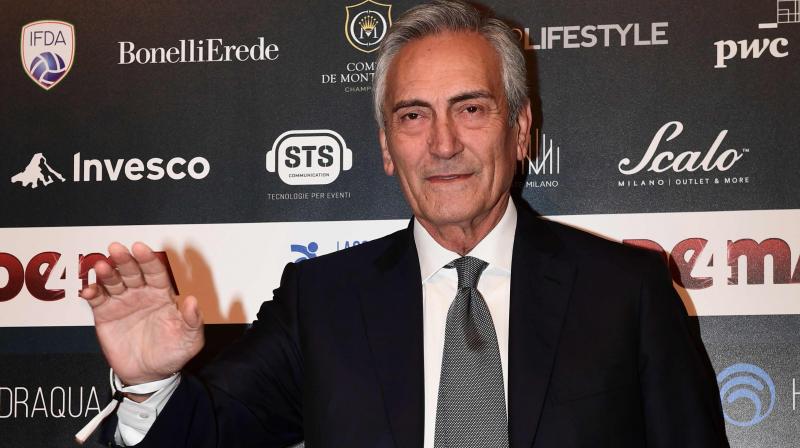 Milan: Italian football federation (FIGC) president Gabriele Gravina expressed his hope Serie A would resume on May 2 with a possible finish in July at the latest.

All Italian sport has been suspended until April 3 as a result of the coronavirus pandemic which has killed 2,978 people in the country and forced the postponement of Euro 2020.

"I don't even want to think that we won't start again, it would be a hiatus, it would worry me for our country," Gravina told Italian radio.

"We're working on the hypothesis of starting again on May 2 and completing the championships possibly going into July if we don't achieve it by June 30.

"In the event that it's impossible to use all the windows as planned, we will resort to a change in the format of the competitions."

The FIGC president welcomed the postponement of the European Championship until 2021, stating as far as they were concerned "national championships have priority".

"We don't want to penalise anyone, but just as we evaluate format changes in the event of a reduction of the windows to play, so UEFA must do so by remodelling the Champions and Europa League," added Gravina.

Eight teams have 13 Serie A games left to play with the remainder having 12, with four Italian sides still in European competition, and a Coppa Italia semi-final, second round match and final still to be played.

Meanwhile, Italian Olympic Committee (CONI) chief Giovanni Malago confirmed an extraordinary council of their body would take place on March 26 with the 2020 Tokyo Olympics up for discussion.

"There is no deadline for the Olympics, but in the minds of those who know our world, we know that to understand if Tokyo 2020 can take place as scheduled, we cannot go beyond the last week of May or the first week of June," Malago told Sky Sports Italia.

"Health comes first and foremost, common sense must prevail. We don't know how long this health crisis will last."