Premier League is on an indefinite break, but the affable manager is in constant contact with his squad via the players' WhatsApp group 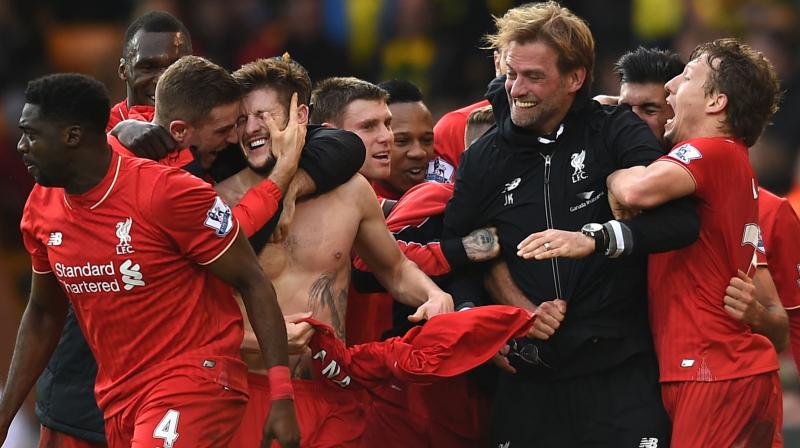 London: Jurgen Klopp says his ability to build close relationships with his Liverpool players has been the secret to their success during his reign.

Although the Premier League season is currently delayed until at least April 30 due to the coronavirus, Reds boss Klopp is in constant contact with his squad via the players' WhatsApp group.

That personal touch is part of a hands-on approach Klopp believes is essential to understanding what makes his players tick.

The German obsesses over every detail of their lives so he can get the best out of them on the pitch, joking he probably even thinks about them in his sleep.

"Apart from sleeping, I think the whole day -- in fact probably when I am sleeping -- about these boys. I don't want to, it just happens because there is so much information you have," Klopp, speaking before the current suspension was enforced, told JD's In The Duffle Bag podcast series.

"For me the most important thing is for the player to be in his best shape in the moment when it counts and we try to do that with nutrition, training and tactics.

No pretension, it's natural

"But then there is a time when they go home and there is still a situation. That is normal life but it all influences performance.

"I think I need to know them. That's what creates a relationship. They can talk to me and it's always important."

Klopp is liked by his players because of that empathetic side to his personality and his methods have created a united mentality at Anfield.

His honest approach is a bid to foster accountability among his players.

The results have been impressive, with Liverpool establishing a 25-point lead in the Premier League that had taken them to the brink of a first English title for 30 years prior to the virus suspension.

They also won last season's Champions League and reached the final of Europe's elite cub competition the season before that.

"I'm always 100 per cent honest, I don't tell always the truth, but that's different...that means I don't speak. If you ask me, I would be one hundred per cent honest," Klopp said.

"But I have to remind myself these are the moments when you can lose a player or lose a team if you say something and don't stick to it.

"It is really possible you lose the whole dressing room but it's never happened to me because I don't do that. I try to not do things which make me feel better."